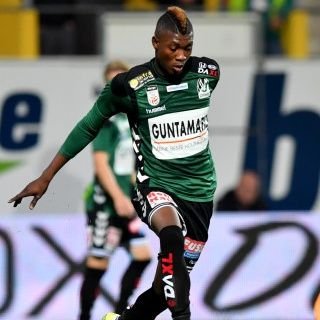 Austrian Ertse Liga side are hoping defender Kennedy Boateng will make a return from injury ahead of their clash against Kapfenberger  next week.

The league leaders lost their first game in 16 matches after falling to a 4-2 defeat Grazer AK on Friday night.

SV Ried are poised on gaining promotion to the Austrian Bundesliga with nine games remaining.

Boateng's compatriot Ruben Acquah lasted 77 minutes of the game before he was replaced by Arne Ammerer.

Meanwhile, the former WAFA defender has been out for a while but he is expected to make full recovery for the rest of the campaign.