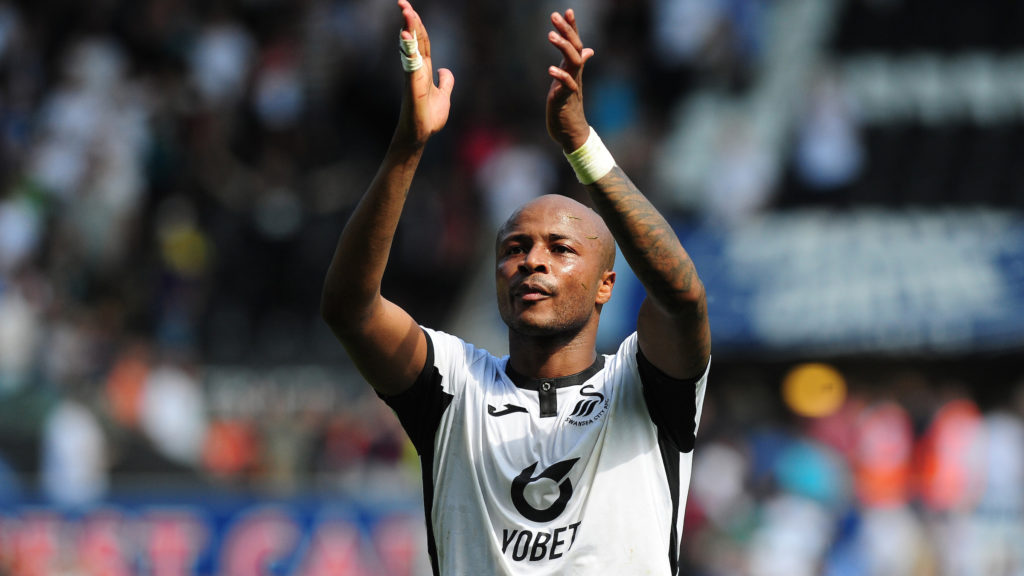 The Swans head to the bet365 Stadium having lost just one of their last eight league games, a run which propelled them back into the play-off places at the end of the last round of fixtures.

They face a Potters side who are at the opposite end of the table, but who have seen an upturn in fortunes since the appointment of Michael O’Neill.

The Northern Ireland boss has guided them out of the relegation zone and they claimed a notable scalp with victory at leaders West Brom on Monday.

Stoke were also victors over the Swans at the Liberty – prior to O’Neill’s arrival – earlier in the season.

All of which means top scorer Ayew and his team-mates are braced for a tough test, but keen to build on a positive run for Steve Cooper’s side.

“We always want to build on a good performance or a win. We haven’t lost a league game since Brentford in December so we want to keep that record away from home,” said the Ghanaian.

“Stoke will be a difficult game for us and they will pose a threat.

“It is important that we don’t look at their league position as they have very good players in the squad. We need to be prepared and ready for a tough game.

“Stoke have always been a difficult team to play and we lost to them at home, so we need to make sure we change that when we play them away on Saturday.”