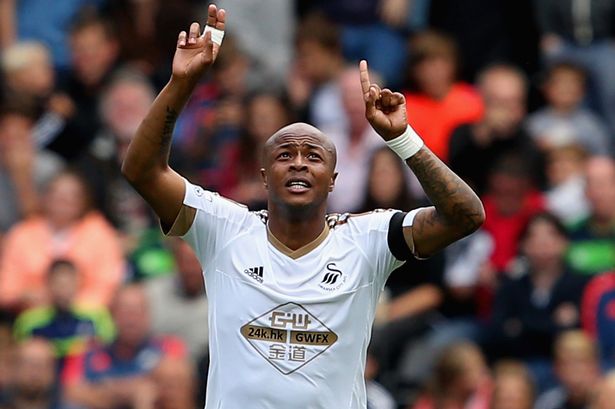 The 29-year-old has hit a rich vein of form, scoring seven goals in all competitions for the Swans.

Ayew was on target for Swansea City in their 1-1 stalemate against Blackburn Rovers at the weekend.

And Swans manager Steve Cooper admits it's very possible there will be interest in the Ghana captain in January.

"He is probably not the only player there will be interest in, whether it's now or for the future," he said.

"This league has lots of players who could play in the league above and Andre will be in that category.

"But there is no news on any interest and I hope that continues. I speak to Andre a lot and I know he is happy with what we are doing."

He added: "He has been brilliant in every way, shape and form," Cooper added.

"We know he has the ability - he can be as good as anybody in the league and play at a higher level.

"But the fact he is showing the commitment and work-rate that he is, I think is rubbing off on everybody.

"It certainly is motivating me to see a player like that so committed to what we are doing.

"I am sure the questions are going to come up in January about staying and going but you can see he is player who is really enjoying what we are doing."