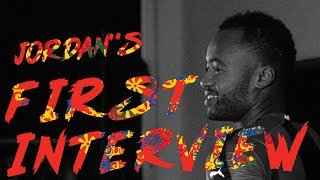 Supporters of Swansea City have taken to social media to poke fun at Ghana striker Jordan Ayew after he was excluded from Crystal Palace's squad for this season.

Ayew, who left the Swans last week under acrimonious circumstances last week, was left out of the squad list for Crystal Palace for the 2018/19 season even though he joined the team before the transfer deadline.

The English Premier League excluded the striker from the final squad of the teams as it released the full squads for all the teams in the English top-flight on Wednesday.

Ayew met all the conditions needed for his loan move from Swansea City to be approved by all the football authorities in England on deadline day.

He was unveiled by the club the following day with his father and agent Abedi Pele in attendance which suggests all was good and sound.

However, in a post on its official website, on Wednesday, the English Premier League released all the squad lists of the team with Ayew not registered among Palace's 25-man squad list.

Jordan Ayew looking for his new teammates like pic.twitter.com/kVQMRjDrcc

Whilst it’s a massive giggle that the mercenary Jordan Ayew hasn’t been registered by Palace, the loans gonna be terminated and he’s gonna be back on our books. Fan-fucking-tastic. #SwanseaCity

When Jordan Ayew thinks going to Crystal Palace will be an upgrade pic.twitter.com/d0D8SToRBQ

JORDAN AYEW NOT PLAYING FOOTBALL BECAUSE HE WAS NOT INCLUDED IN PALACE’S SQUAD DESPITE ARRIVING ON DEADLINE DAY pic.twitter.com/feHdtsgG3N

Jordan Ayew not included in palace squad list is funny