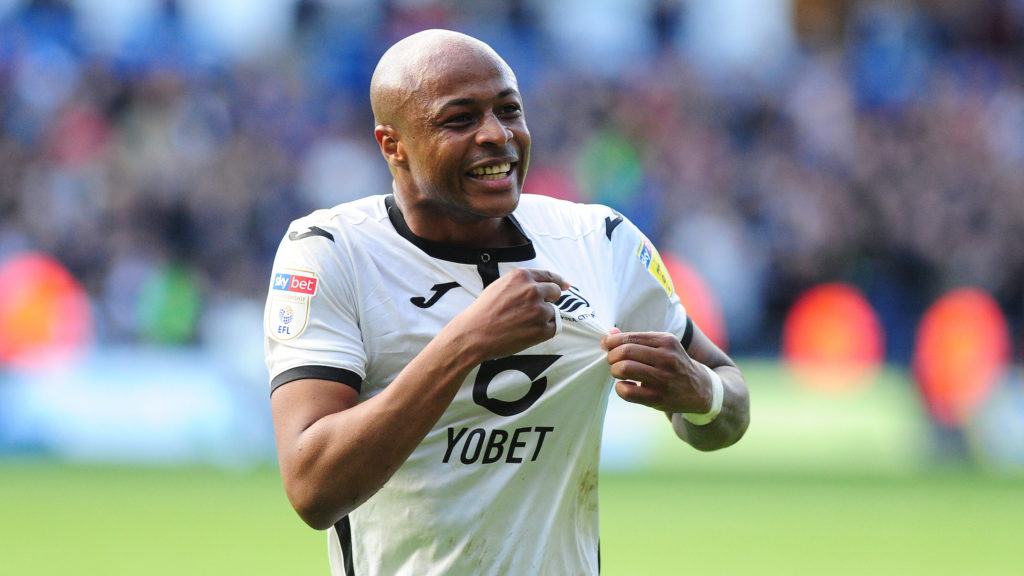 Swansea City are yet to receive any concrete offers for their star man Andre Ayew, Ghanasoccernet.com can exclusively report.

The Ghana captain has been linked with an exit from the Championship club this summer after an excellent 2019/20 campaign.

Ayew was Swansea’s best player as they reached the Championship playoff. He scored his season-best 18 goals in all competitions, 16 of which came in the league. He also provided seven assists.

According to reports, Ayew is attracting interest from top-flight clubs in Europe and wealthy clubs in Qatar and Dubai. Rumours recently surfaced that French powerhouses Paris Saint-Germain had tabled a €5m bid for Ayew.

However, Ghanasoccernet.com understands, that no club have made an offer for Ayew, who returned to the club from West Ham in January 2018.

The Swans have made it clear they want to keep Ayew but they understand the Championship is not his level.

Also, given his hefty wages, he's expected to depart the club this summer as Swansea look to further reduce costs.