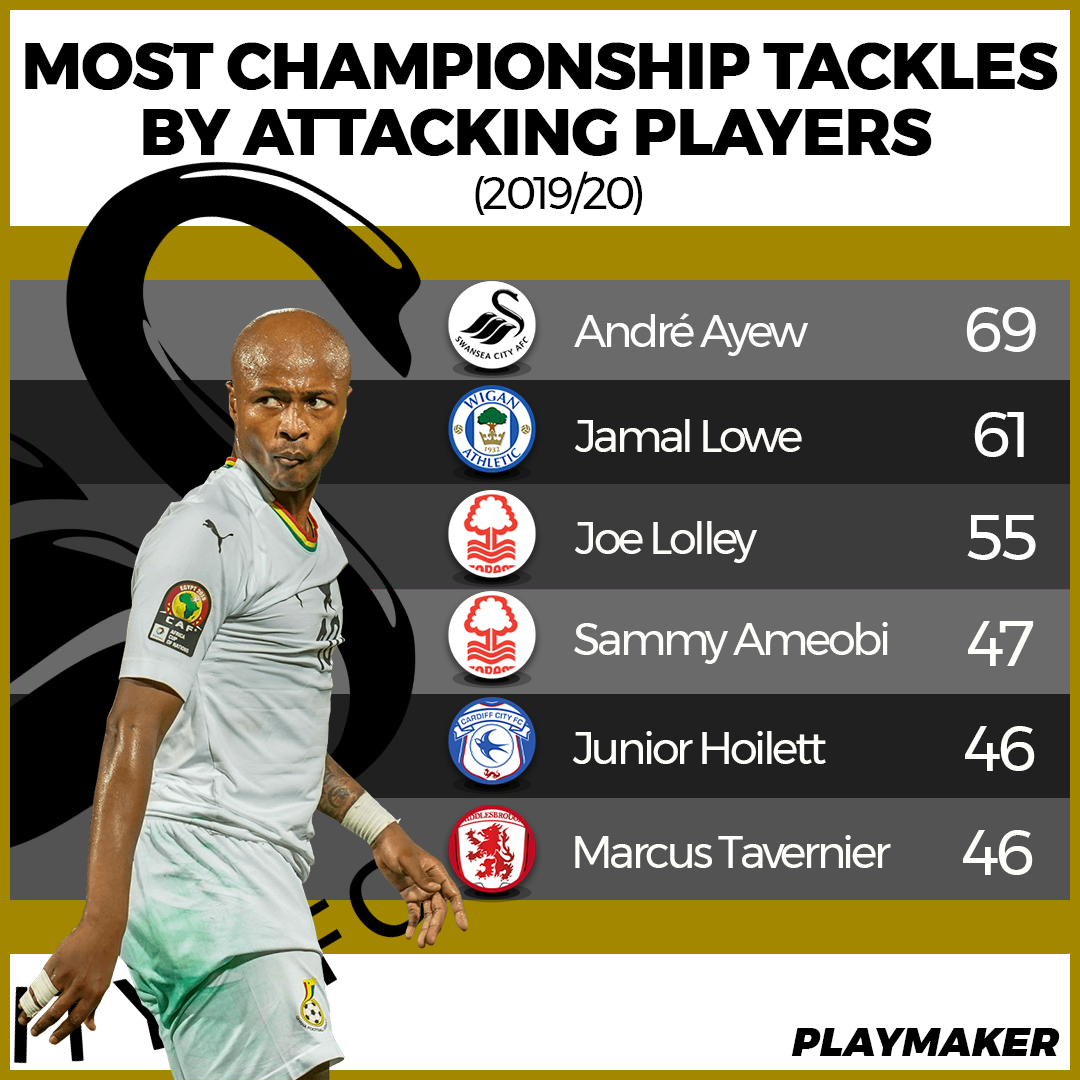 Ghana captain and Swansea City ace Andre Ayew has proven his contributions to the Swans is not only limited to bagging in the goals, but also helping defensively.

Ayew emerged the forward with the most tackles in the English championship at the end of the regular campaign.

The Swansea City forward has made 69 successful tackles, putting him top of the list, ahead of Jamal Lowe of Wigan Athletic with 61.

Nottingham Forrest duo Joe Lolley and Sammy Ameobi follow in third and fourth place with 55 and 47 successful tackles respectively, with Junior Hoillet of Cardiff and Marcus Tavernier both having 46 tackles.

Ayew's immense contribution to the Welsh side secured them a place in the English Championship play-offs, leaving them with a chance of gaining promotion to the Premier League.

The Ghana frontman scored 15 goals in 44 championship games this season, the most by a Swansea player this season.

Swansea are looking to tie the Ghanaian footballer to a long term contract following his inspiring campaign with the club.