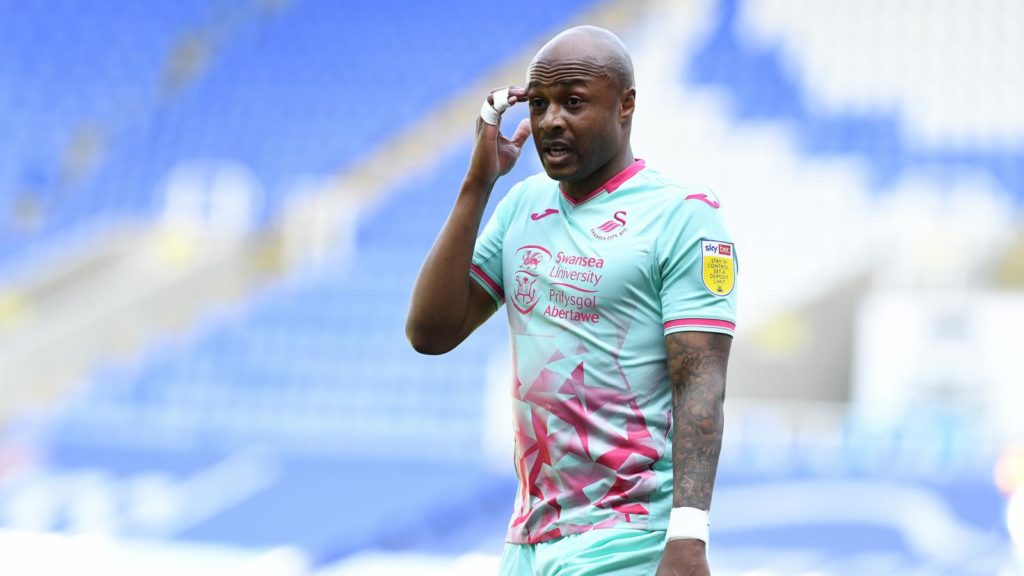 Swansea City star Andre Ayew will make an injury return against Watford in the English Championship on Saturday.

The 31-year-old injury return is a boost for the Welsh side ahead of their final game of the season followed by the Championship play-offs.

The Black Stars captain has been in and out of action since sustaining a hamstring injury during a 2-2 draw with Wycombe Wanderers last month.

Ayew has been the go-to man for Swansea City this season scoring 16 goals in 47 appearances for the club.

Steve Cooper will be careful with the return of his star man as the play-offs draw nearer.

“Andre and Marc are back with us,” Cooper said at the pre-match press conference on Thursday, as reported by his club’s official website.

“Andre is fine, he has had no setbacks in terms of training and he is back in full availability.

“We will use him wisely, he will need some minutes at the weekend, he is desperate to play and there is nothing to hinder him from committing to that.

“We will be careful with his workload if we need to, but everyone is good to go and finish the season as strongly as we can. Marc has got over his groin issue and is good to go, after some load management.”

Swansea City having secured a place in the playoffs will have to beat off competition from Brentford, Bournemouth and Barnsley to grab the last available promotion ticket to realize their dream of making a return to the elite division for the first time since 2018.