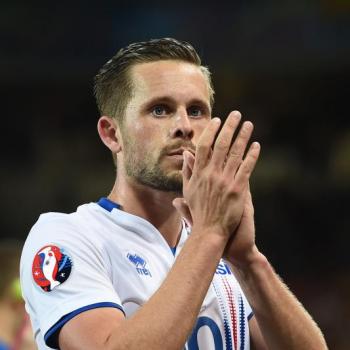 The Iceland international has impressed during his Euro 2016 campaign.

The 26-year old midfielder is sure to have attracted interest from a number of clubs.