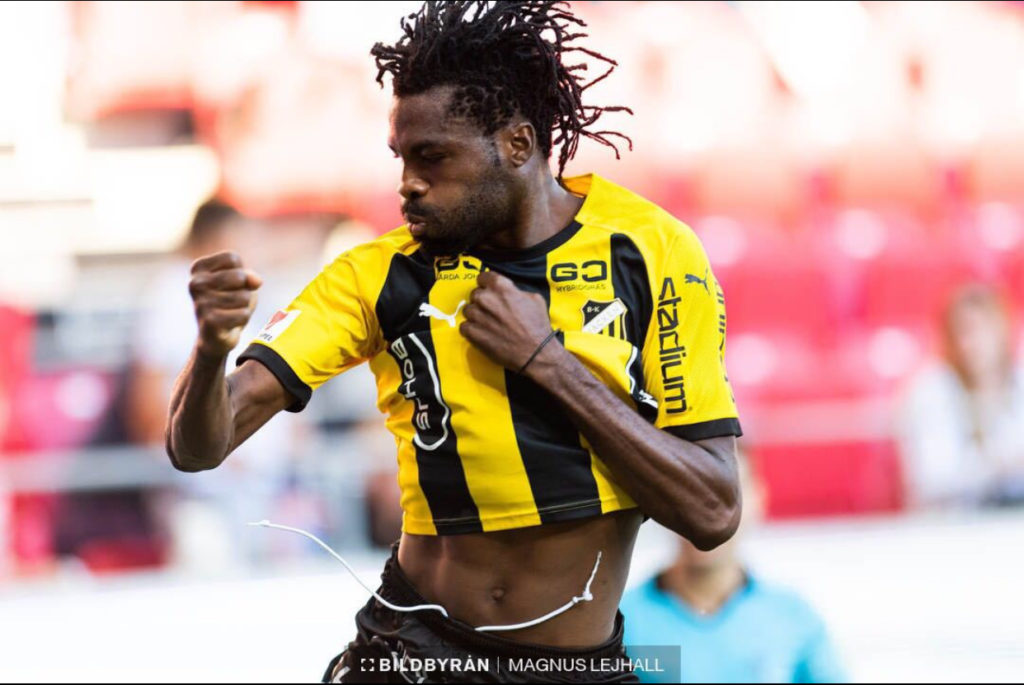 Falkenbergs FF striker Kwame Kizito gave an update on how Sweden are dealing with the novel coronavirus outbreak.

A number of European professional leagues have been halted because of the coronavirus.

The Scandinavian nation 9 confirmed new cases of deadly virus on Tuesday, taking the total to 24.

According to Kizito, though the country has yet to be hit as hard as Asia or other European countries, Swedish governments have not moved aggressively to contain the virus as transport hubs and shops are still operating normal.

“We’re also dealing with the coronavirus here in Sweden like any other country,” Kizito said on Big FM.

“The Swedish Allsvenskan starts in April but the coronavirus outbreak has thrown everything into chaos and reports suggest that it will be postponed to June but we’re waiting for official release to confirm it.”

The former Hearts of Oak poacher was quizzed whether members of his team have been placed in self-isolation amid the COVID-19 pandemic.

“Sweden has not been hit hard like Spain, Italy and other countries and so we’ve not been barred from going to a public gathering therefore I’ll say it’s calm out here.”

“I don’t feel comfortable during our training sessions due to the outbreak and I’m hoping they will take preventive measures by halting training, but they insist we continue training. I’m protecting myself though,” he deduced.