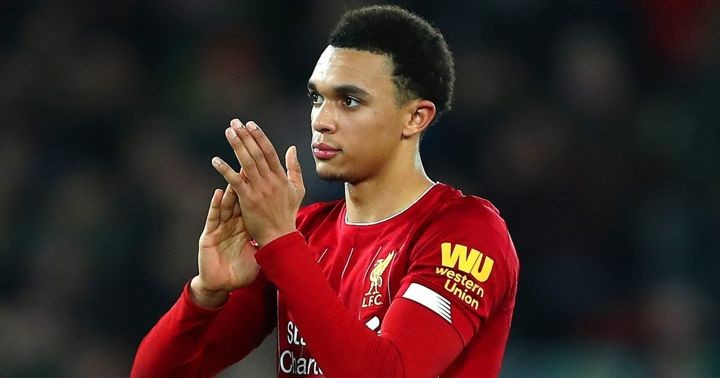 Trent Alexander-Arnold has been backed to win this year's PFA Player of the Award ahead of team-mate Jordan Henderson.

And the Liverpool full-back has also been told that if he continues in the same form he has shown this season, then he will be talked about as one of the best ever right-backs in years to come.

The Reds Academy graduate has been instrumental in his side's charge towards Premier League glory this season, and Robbie Savage has revealed how Alexander-Arnold would be getting his vote if he was still playing.

“I would argue that Alexander-Arnold has become the world's best right-back,” Savage said in his latest Daily Mirror column.

“This season he has contributed the most assists, plus immaculate set-piece delivery and helping Liverpool to sustain the best defensive record in the country.

“If I were still playing now, and I had put a cross on a ballot paper this weekend, Alexander-Arnold would get my vote.

“A full-back has never won the PFA gong before, but he has taken the role up to a new level, maintaining a supply line for the forwards down that right flank but keeping the back gate shut at the same time.

“He is also blessed with a terrific football brain. That quickly-taken corner against Barcelona in the Champions League semi-final miracle last season was a case in point.

“What a fantastic statement for Liverpool it would be if one of their own sons – still only 21 years old – could win such a prestigious accolade.

“The stats alone make a powerful case for TAA: two goals, 10 assists, 13 other major chances created, 151 recoveries of the ball, most clean sheets in the Premier League, best defensive record in all four divisions.

“What is there not to like? It remains to be seen if the PFA members' votes will reflect public opinion.

“But as much as I admire Henderson, and everything he has achieved, my cross on the ballot paper right now would go to Alexander-Arnold.

“In years to come, if he maintains the standards he has set in 2019-20, we could be talking about him in the same breath as Cafu, Carlos Alberto, Lilian Thuram and Philipp Lahm as one of the great right-backs.”