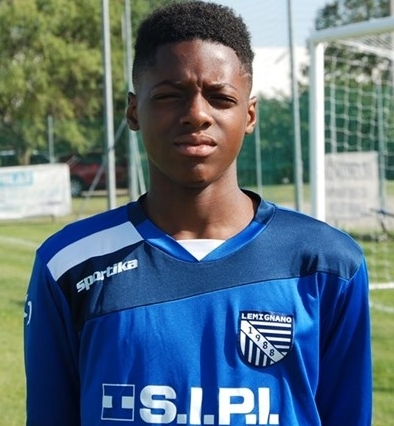 Exciting 14 year-old Kevin Oduro scored a goal and provided an assist in 20 minutes for Lemignano in a 7-1 victory over Fabbrico in the Juvenile league in the Italian province of Parma.

Oduro plays twice every week for both the U14 and U15 side, mostly operating from the left flank because of his incredible pace and great sense of space and movement.

Occasionally, he is deployed as the target man up front.

The little prodigy has got a great competitive spirit; always chasing down defenders to force them into committing errors.

Oduro is quite instinctive in his play making technique; he loves to twist and turn. He has massively improved on weaker left foot after rattling the woodwork with a strike from his left foot.

This is the second consecutive week, where Oduro has produced such incredible performance after providing two assists and two goals in a game against Sammartinese in 30 minutes for the U15 side.

His numbers for the two teams are astonishing. He is racked up five assist in the last three games.

Oduro has a high football IQ and is being closely monitored by teams within the Emilia Romagna region, including Parma, who pursued the young kid join their U14 side last year.

He is one of the growing young talents in Italy, under the management of Arthur Legacy Sports.