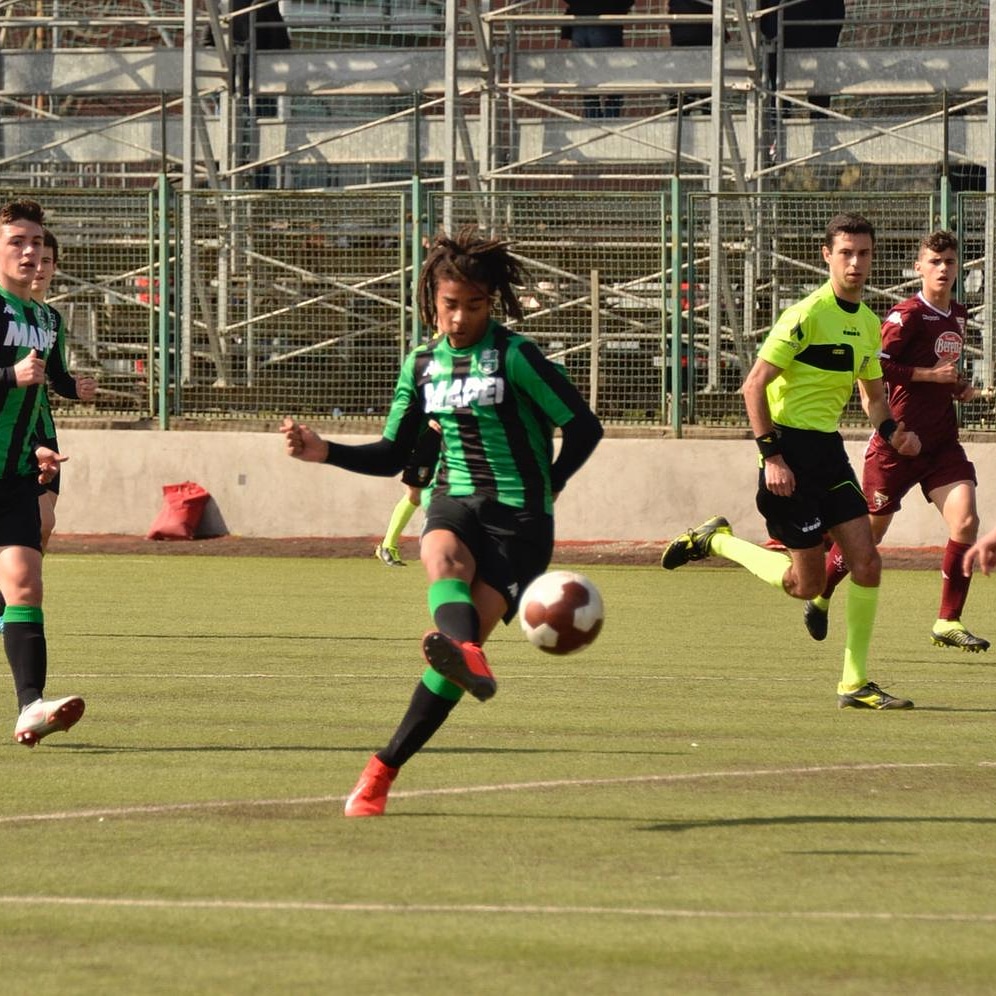 Ghanaian maven Justin Kumi, was on the score sheet for Sassuolo against Virtus Entalle last Sunday in Italy’s U 16 youth division.

Kumi pulled level for Sassuolo in the 68th minute after Entalle took an early lead in the first half and protected their advantage before the interval.

The Neroverdi, however, ended the game with a man down after their goalkeeper sent off for a red card offense on an Entalle player.

Justin has been Sassuolo’s most influential player this season with 12 goals in the 17 matches. The Mapei side, are currently struggling with just one win in the last three months. They will face Pisa this Sunday.