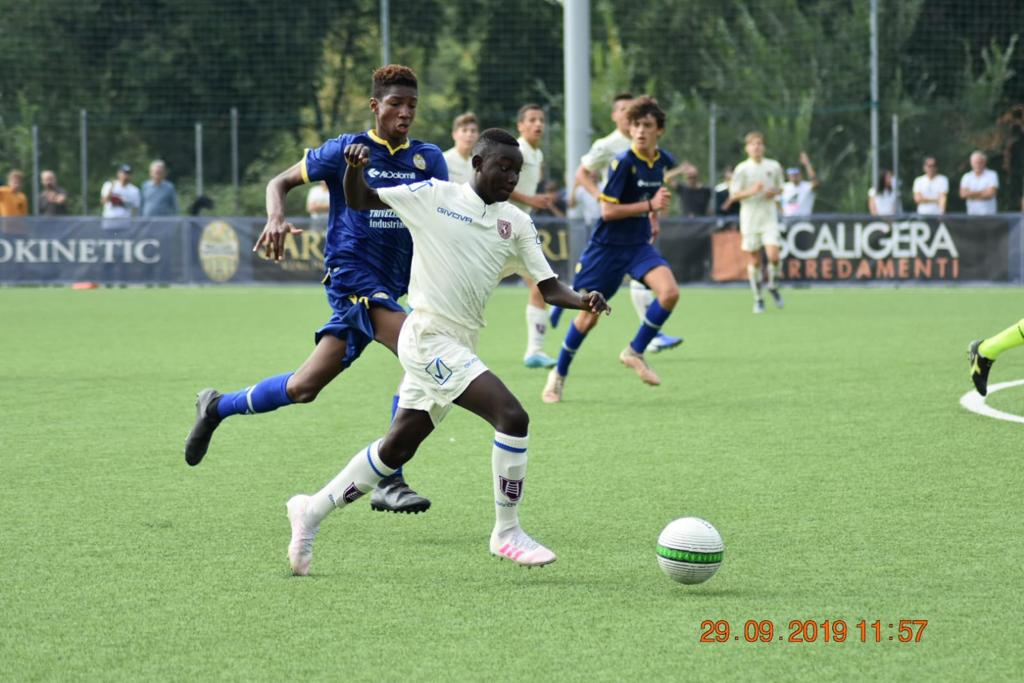 Mike Aidoo is a young, talented Ghanaian teenager who plays for Chievo Verona in Italy.

The precocious talent has been thrilling spectators in Italy’s U15 juvenile division.

He is incredibly agile, daring in his surging runs down the channel and loves to cut inside the opponent’s half.

His tenacity in defense, acceleration to hung crosses into opponents' 18 yard box, and vision to deliver passes through ball sets him apart from others in the division.

In 2018, Aidoo emerged as the stand out performer at the 20th edition of the International Gavardo Tournament for U15 teams organized by the Garda and Valle Sabbia, every Easter at the Gavardo Sports Center in Brescia.

He won the best team player of the competition. The tournament had teams from Italy and adjoining countries.

Aidoo has played all nine games in the U15 youth championship this season and has provided three assist so far.

He assisted the two winning goals in a derby match between Cheivo Verona against cross town neighbors Hellas Verona.

In a match against Inter on 27 October, 2019 which also figured another young Ghanaian from Inter Enoch Owuso, Aidoo came on in the second half to assist in a 2-2 draw game.

He is an exciting prospect who is never short of enthusiasm and commitment on the field.

Born on 30 May to Mr. Philip Prince Aidoo and Madam Gyabeng, he was raised in the Veneto, within the province of Verona.

He plays as a right fullback and is occasionally moved up-field as a right winger because of his pace and dexterity.