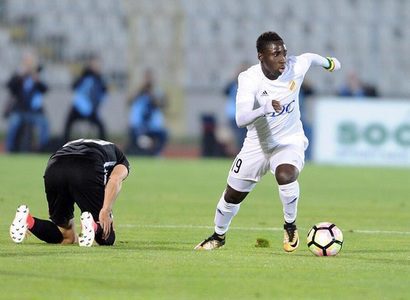 Winger Samuel Owusu produced another top performance to inspire Cucaricki on the road in the Serbian topflight league.

The Black Stars man enjoyed 90 minutes of action as the visitors picked a point in the 1-1 draw at Radnicki on Monday night.

It was the winger's first 90 minutes since returning to the club in the summer transfer window after a three-year spell in Saudi Arabia.

The hosts opened the scoring after 21 minutes through forward Dusan Stoiljkovic.

But Cucaricki levelled after the break Vladimir Lucic follow a dominant spell orchestrated by Owusu.

Owusu's wizardry and brilliance on the flanks was a delight to watch as he scored high marks after the game.

The 25-year-old has been a mainstay in the team following his return. He is also a key member of the Black Stars team, and has already played in two Africa Cup of Nations for Ghana.