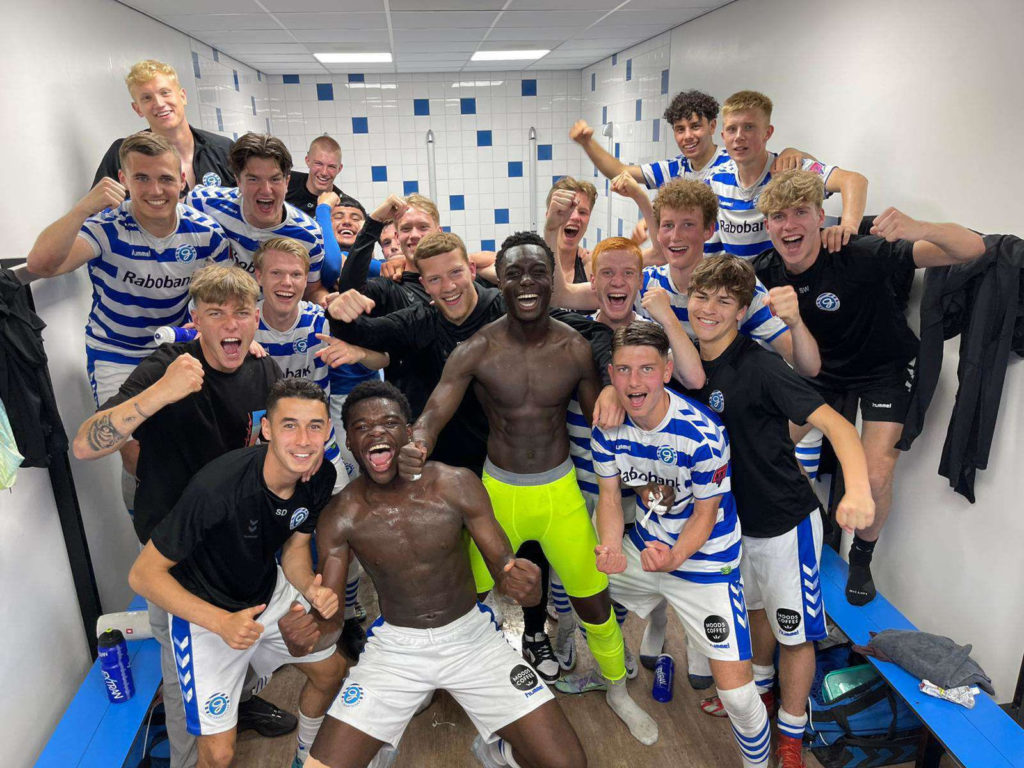 Edwin Danquah has been phenomenal for De Graafschap

Hugely-talented Ghanaian goalkeeper Edwin Danquah is making waves after steering De Graafschap U18 to promotion in the Dutch under-18 league following his team's success over FC Utrecht.

The 18-year-0ld was in-between the sticks as his side coasted to a 3-2 victory in Doetinchem and secured qualification to the youth league top division at the weekend.

The highly-rated gloveman, who is a regular for the side's developmental Under-21 squad, was drafted into the team due to his age.

The decision by the gaffer to include him in the U18 squad paid off as he mastered the post to ensure the qualification of his side. 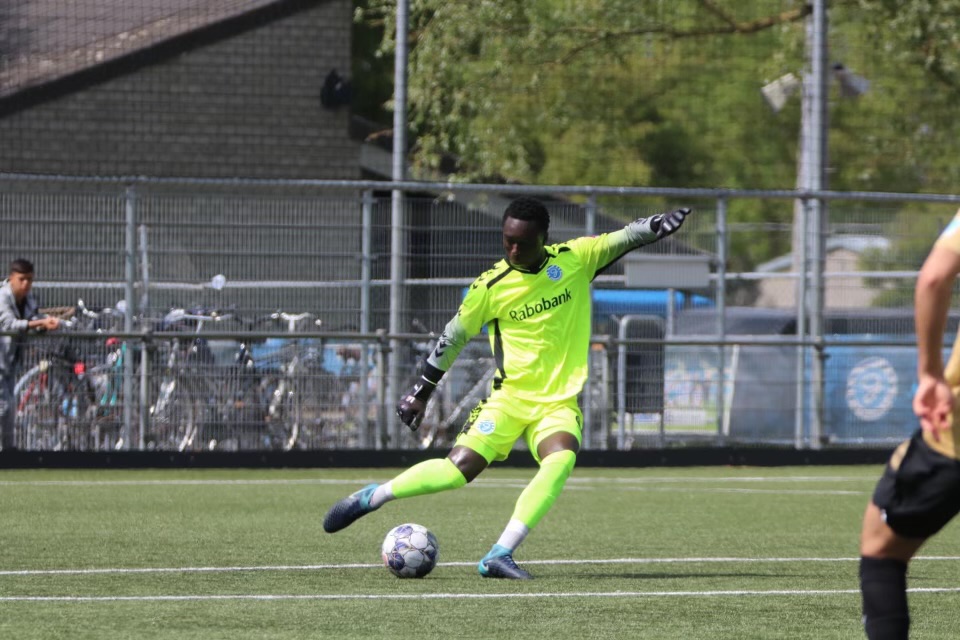 The promotion of De Graafschap to the first tier of Dutch youth football will see the talented goalkeeper and his team test their mettle against giants Ajax,Feyenoord Rotterdam, AZ Alkmaar and PSV Eindhoven amongst others.

Danquah's development is going according to plan - as he has been tipped for greatness with his immense goalkeeper talent and ability.

He is eligible to represent Ghana at the Under-20 level - and given immense talent and early exposure, he will be a good addition to the Ghana national youth team.