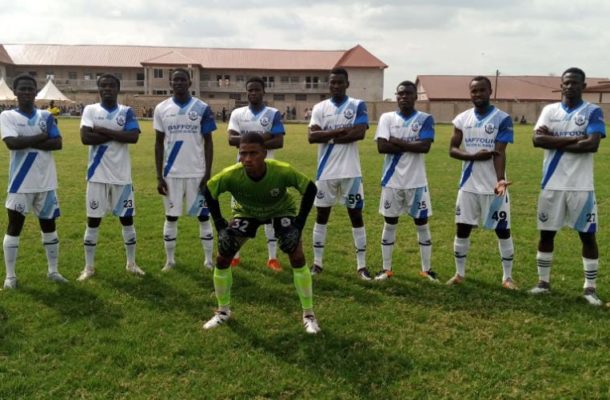 The top of the table clash in Zone One ended in favour of Tamale City as they beat Nsoatreman FC 1-0 at the Aliu Mahama stadium to claim back the top spot.

City went into the clash three points behind Nsoatreman following last weekend’s 2-0 loss to Berekum Arsenal and needed a win to leapfrog their opponents.

Bismark Asare scored what proved the match winner in the 54th minute as he latched on to a pass from the right wing to slot home. The win restored Tamale City’s lead at the top of the table as they moved to 36 points – tied on points with Nsoatreman FC.

Baffuor Soccer Academy held giants Bofoakwa Tano 0-0 at the Twumasi Sports Complex on Sunday. The new boys have been quite impressive especially at home as they have amassed 21 points after 17 matches in the League – sitting 8 points below Bofoakwa Tano who are third in the table.

Young Apostles drew 1-1 with Wa Suntaa at the Coronation Park at Sunyani while Berekum Arsenal drew 2-2 with Wa Yassin in a 4 goal thriller. 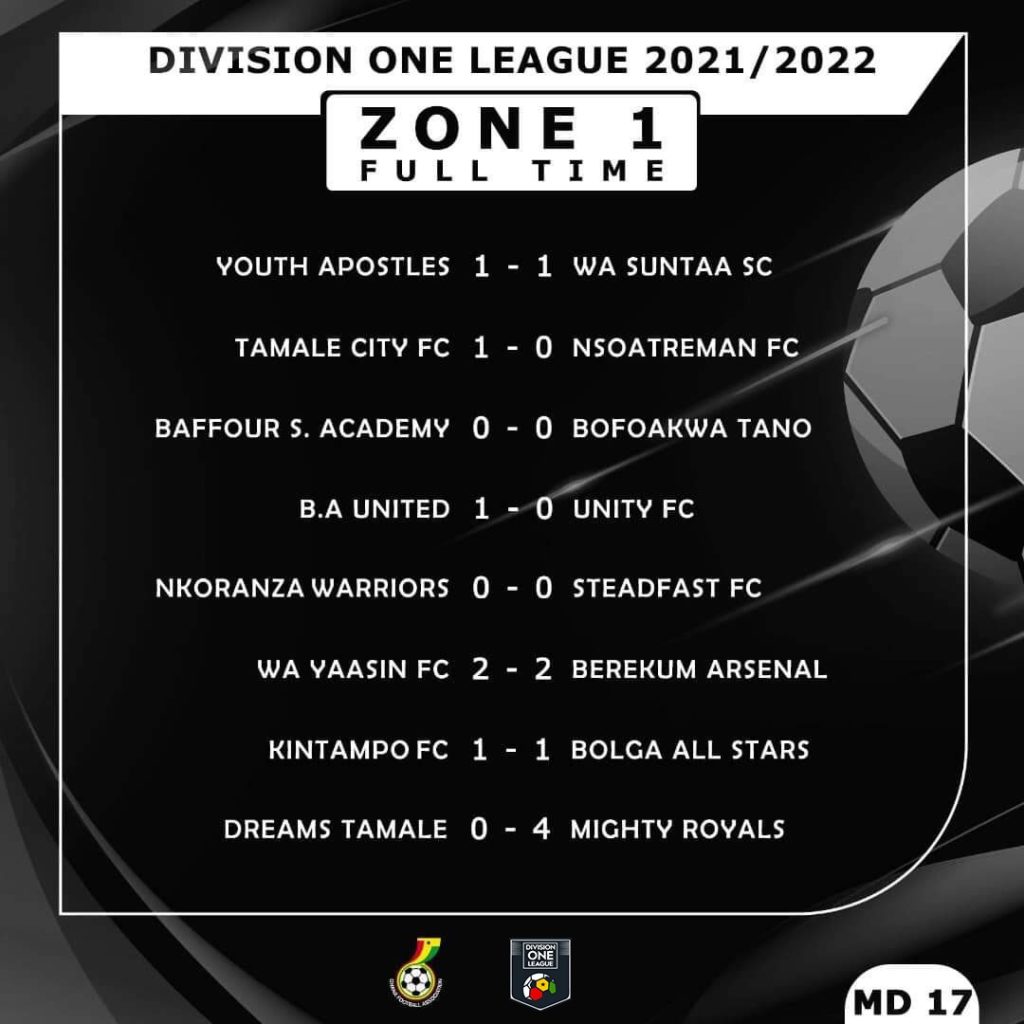