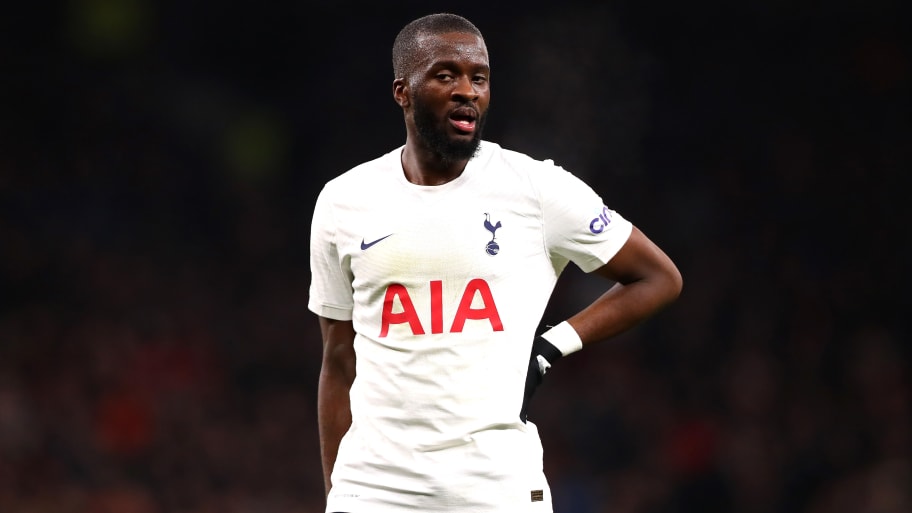 Antonio Conte has removed midfielder Tanguy Ndombele from team training as the Frenchman continues to push for an exit from the club.

Ndombele was widely booed by supporters after a poor performance in the FA Cup third round victory over Morecambe, after which it was revealed that he hopes to leave Spurs before the end of the January transfer window.

He was then left out of the squad to face Chelsea in the Carabao Cup semi-final, and football.london state that Ndombele has not been training with the rest of his team-mates in recent days.

Ndombele has come out with the rest of the squad for basic fitness drills but has not been involved in tactical drills or match preparations, instead leaving for individual sessions with a member of the sports science staff.

It has been described as 'specialist conditioning treatment', but the decision was taken by both Conte and those in charge at the club while Ndombele's future at the Tottenham Hotspur Stadium remains unclear.

A number of sides around Europe have been tipped to move for Ndombele. Both Barcelona and Juventus have been linked, while 90min understands Spurs have used his name in talks with both Roma and Inter.

Roma duo Lorenzo Pellegrini and Nicolo Zaniolo, as well as Inter's Stefano Sensi, have been targeted, with Tottenham suggested to have used Ndombele as a makeweight in a deal for any of that trio.

Ndombele remains under contract at Spurs until the summer of 2025, so chairman Daniel Levy does not want to sell for a bargain fee. However, there is an acceptance that Spurs will not recoup the £53.8m they agreed to pay to sign him from Lyon in the summer of 2019.

This article was originally published on 90min as Tanguy Ndombele training away from Tottenham squad.