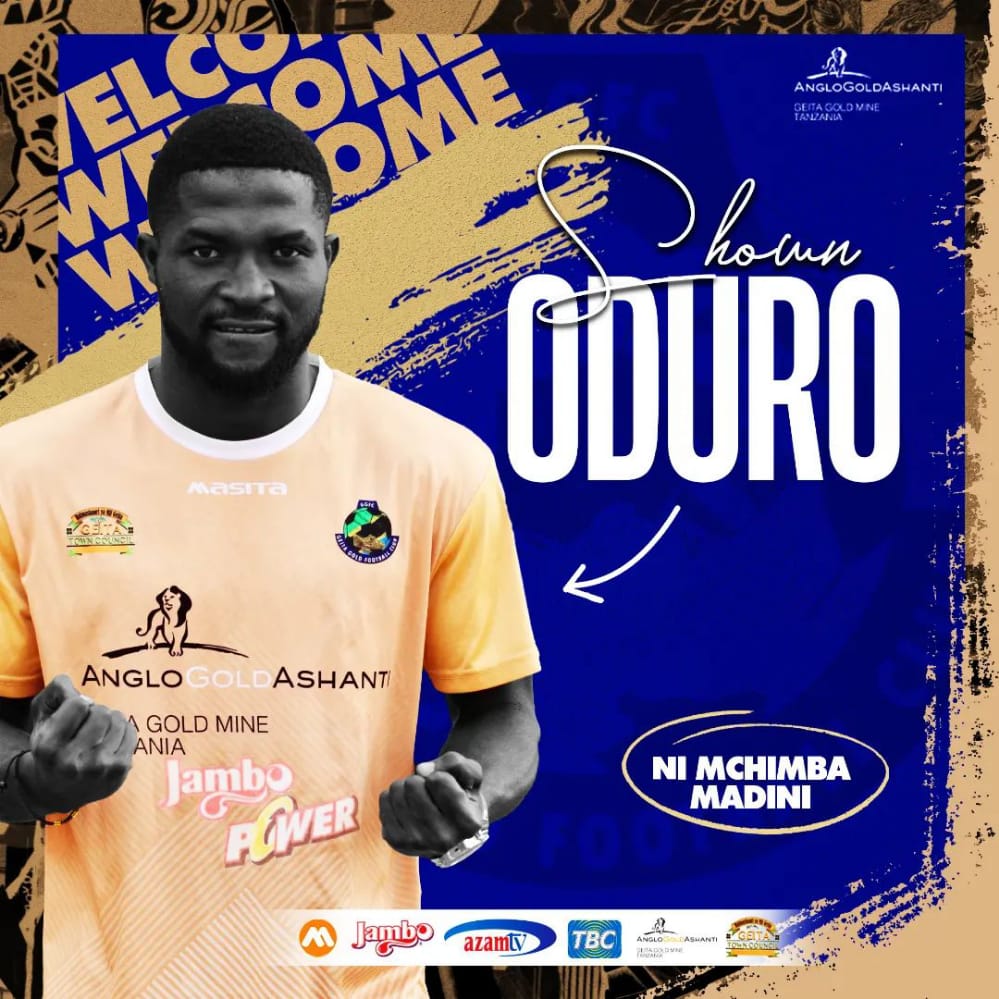 Tanzania Premier League side Geita Gold FC have acquired the services of Ghanaian defender Shawn Oduro ahead of the new season, GHANAsoccernet.com can confirm.

Oduro joins Geita Gold on a free transfer and has signed a two-year contract with an option for another year.

The 26-year-old previously played for Zambian top-flight side Indeni FC in the 2020-21 season where he parted ways with the mutually after few weeks.

Oduro captained Real Nakonde in the Zambia Premier League in the 2016-17 season before joining NAPSA Stars where he spent two seasons.

He had a try out with Belgian giants RSC Anderlecht in 2014 but couldn't land himself a deal.

Geita Gold have secured a place in next season's CAF Confederation Cup after finishing 4th in their maiden participation in the Tanzanian top-tier.