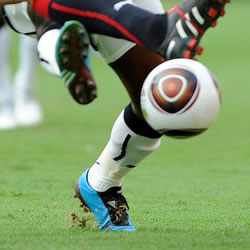 Baah Baoteng, Evans Nyarko and Masawudu Nuhu are the players charged with bribery by Tarkwa United, further checks by GHANAsoccernt.com has revealed.

Of the three players, only one (Baah Boateng) has reported after being recalled by the Division One club on Wednesday.

The players earlier in the day were sacked from camp following hints of bribery which went on in their opening promotional playoffs with Wassaman United.

Midfielder Evans Nyarko who is being managed by Medeama owner, Moses Armah who has strong links with Wassaman United has been named as one of the culprits of the bribery scandal.

Also investigations revealed that defender Masawudu Nuhu is being managed underground by the CEO of Wassaman United.