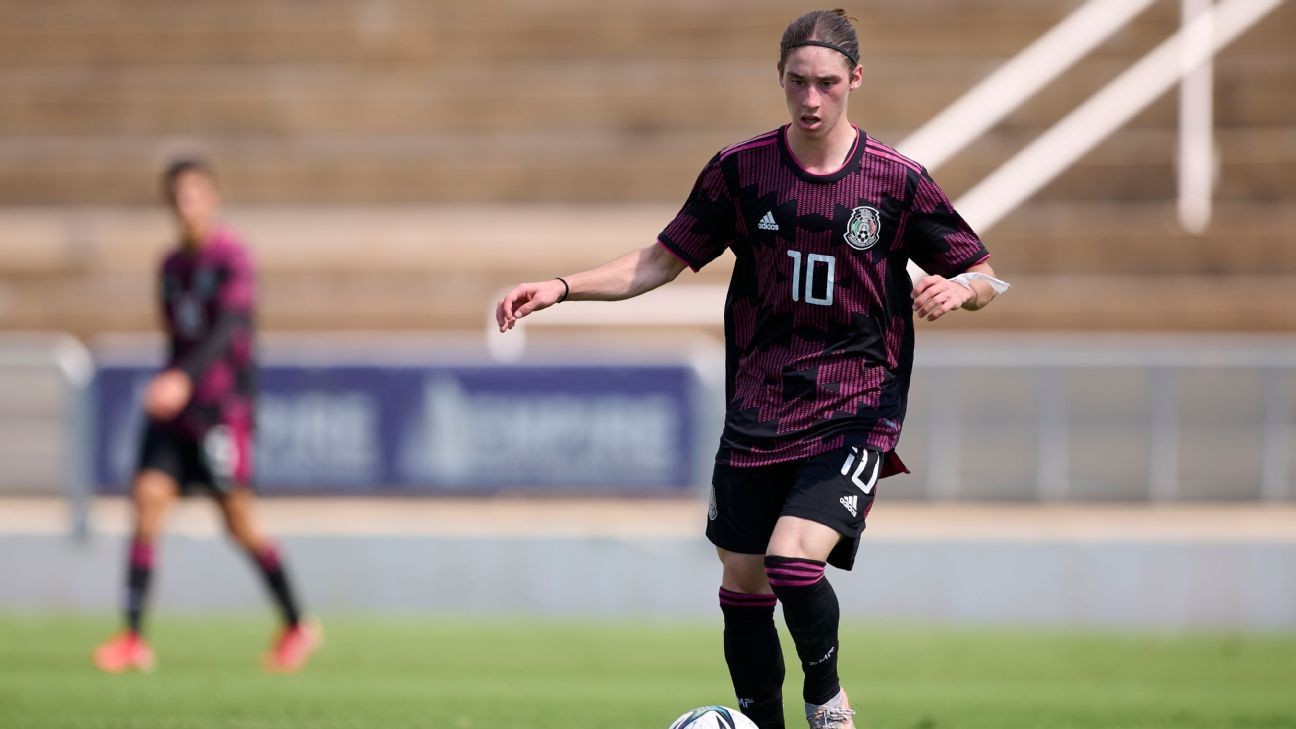 Speaking to reporters ahead of Thursday's friendly against Chile in Austin, Texas, Martino praised Flores' skills but stressed that the Arsenal academy youngster will need to time to develop.

"Marcelo Flores awakens the hopes that all spectators have," Martino said. "He a different player who always asks for the ball."

Marcelo Flores, who is eligible for three countries, is regarded as a top talent. Francisco Macia/Quality Sport Images/Getty Images

The 18-year-old Flores has not made a senior debut and is also eligble to represent England or Canada. The attacking midfielder was included in Canada's provisional squad for the 2021 Gold Cup, but took part in the Revelations Cup tournament last month with Mexico's youth national team.

Martino's roster for the Chile matchup is composed mainly of young Liga MX talent with several vying to make their debut appearance for El Tri. The Argentine added that Flores and other young players can make their case at Q2 Stadium ahead of crucial string of World Cup qualifiers in January 2022.

"There are possibilities," said Martino when asked if the current players can be called up for the qualifiers. "From the friendly with Ecuador [in October], Jesus Alberto Angulo and Jesus Ricardo Angulo ended up in the call-up for the [November] World Cup qualifiers."

Mexico is looking to close out the year with a win after losing to the United States and Canada in November during World Cup qualifying. Mexico sits in 3rd place in the CONCACAF's eight-team qualifying table and need to remain in the top three in order to guarantee an automatic spot for the World Cup in Qatar in 2022.