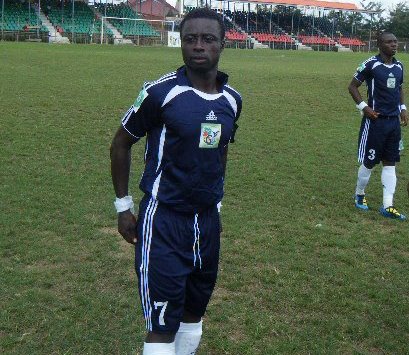 New Berekum Chelsea midfielder Charles Taylor is confident of recapturing his verve that will help him get a recall to the Ghana national team.Â

The ex-Hearts of oak talisman has signed for the Ghanaian champions on a free after leaving Nigerian top flight side Enugu Rangers tow months ago.

Taylor has showed glimpses of his old form and has featured in all two matches of the pre-season GHALCA G8 tournament.

After playing 76 minutes in Cheslea's opener against New Edubiase United this week, he admitted he has some catching up to do.

"This is my first competitive match in Ghana after nearly three years outside the country and I can say Ghana football has changed tremendously because now it is not all about one or two clubs, all the clubs are playing good football," the 30-year-old revealed.

"I thank Berekum Chelsea for giving me that trust and I promise to repay them but now my plan is to train hard and regain my usual form.

"Am a Ghanaian footballer and my target is to get a call up into the Black Star because the team is not a property of any individual or group of people."

He added: "Depending on how I train and regain my confidence I believe I can gain a call up and thatâ€™s all what am thinking about now."

Taylor was controversially transferred from Accra Hearts of Oak to arch rivals Asante Kotoko in 2003 for a domestic transfer record fee.

He made a lot of enemies as a result and was unable to regain the form as a feared midfielder in the country.