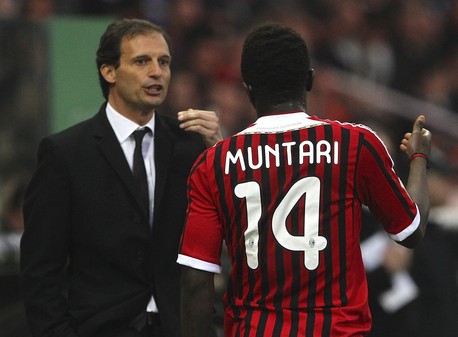 It was a fascinating weekend for Ghanaian players across the globe with four players getting on target in their respective week.

Here is GHANAsoccernet.com's Team of the Week featured in a 4-3-3 system.

Though Stromsgodset kick started their season with a 2-1 loss at Molde, the 24-year-old Ghana first choice goalkeeper was in top form. He made a number of crucial saves to prevent Stromsgodset from going down by a heavy margin. He held his nerve at a period when Molde was piling more pressure and seeking to destroy Stroms.

The 19-year-old was outstanding from the period he replaced Walid Atta as he mopped up the defence to ensure Helsingborg lift the Swedish Super Cup with a 2-0 win over AIK Stockholm.

defended superbly at left-back, and also whipped in a number of telling crosses for AEK Athens attackers. Addy tackled hard and fair and gave a good account of himself in a game that Panaitolikos were unlucky to lose 1-0 AEK.

The Black Stars center-back put up a brilliant showing for Rennes which recorded a narrow 1-0 defeat at Valenciennes at the Stade du Hainaut. Admittedly, the entire Rennes back four was a loose department but Boye's superiority in aerial ball and his timeliness in clearances were made him an outstanding figure.

The former FC Utrecht defender reclaimed his starting berth in the back four and justified why he deserves the place. Dickoh limited the chances of a sorry Panionios side which is already feeling the impact of losing Bernard Yao Kumordzi.

Though the dynamic midfielder has not been noticed by Ghana, he has been on song for Dijon in the Ligue 1. He was an expert in the distribution of ball in the middle and provided the linkage for Dijon to gradually breakdown a stubborn Caen side in a 1-0 win.

Sulley Muntari is gaining the plaudits for his performance for AC Milan since joining them on loan from rivals Inter Milan. He played a crucial role in their 2-1derby win over AS Roma.

Marseille needed an Andre Ayew influence to end their recent slide in domestic football. The winger though injured scored on the 56th minute with a simple tuck in from 12 yards to ensure they earn a 1-1 draw at OG Nice.

The former Kpando Heart of Lions forward had to come off the bench to score all two goals for Salamis to defeat a resilient Aris side 2-0 on Sunday. Yeboah opened the scoring on the 71st minute before capping the evening off with a brilliant strike.

Oduro enhanced his reputation as a world class striker with a 26th minute powerful header that condemned Philadelphia Union to their fifth straight defeat of the season. The goal was his second on a row.

He gets the castigation for wasting penalty kicks with the national but Gyan has built a reputation for himself with penalty kicks among Ain faithful. He converted from the spot on the 8th minute to help them beat relegation-trapped Al Sharjah 4-1.