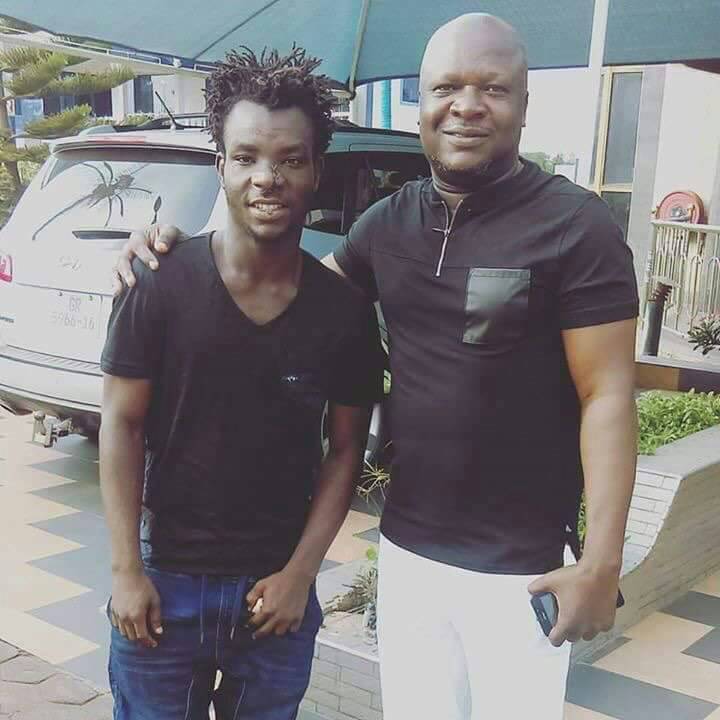 Founder and President of Techiman City FC Charles Kojo Ntim visited injured Kumasi Asante Kotoko midfielder Baba Mahama and other players and staff who were involved in the accident.

The celebrated football administrator visited the injured Mahama to join a lengthy list of personalities showing their concern towards the troubled Kotoko side.

The Porcupine Warriors were involved in a tragic accident on Wednesday which left their deputy equipment officer dead and several players and technical staff injured.

Known as Mickey Charles in the football landscape, the Techiman City FC president added his name to the nationwide troop rallying behind Kumasi Asante Kotoko in the aftermath of the tragic incident which took the life of their deputy equipment officer in Kofi Asare.

The TCFC president and Baba Mahama worked together at the Nana Ohene Ameyaw Park before Baba Mahama switched camp to Kumasi at the start of the 2017 season.

The pair reportedly established a biological relationship with Mickey Charles shouldering a lot of responsibilities from his prized assert until their demotion from the topflight.

Baba Mahama endured a slow start to life in Kumasi but came to life in recent times culminating in his heroic status for the resurgent Reds.