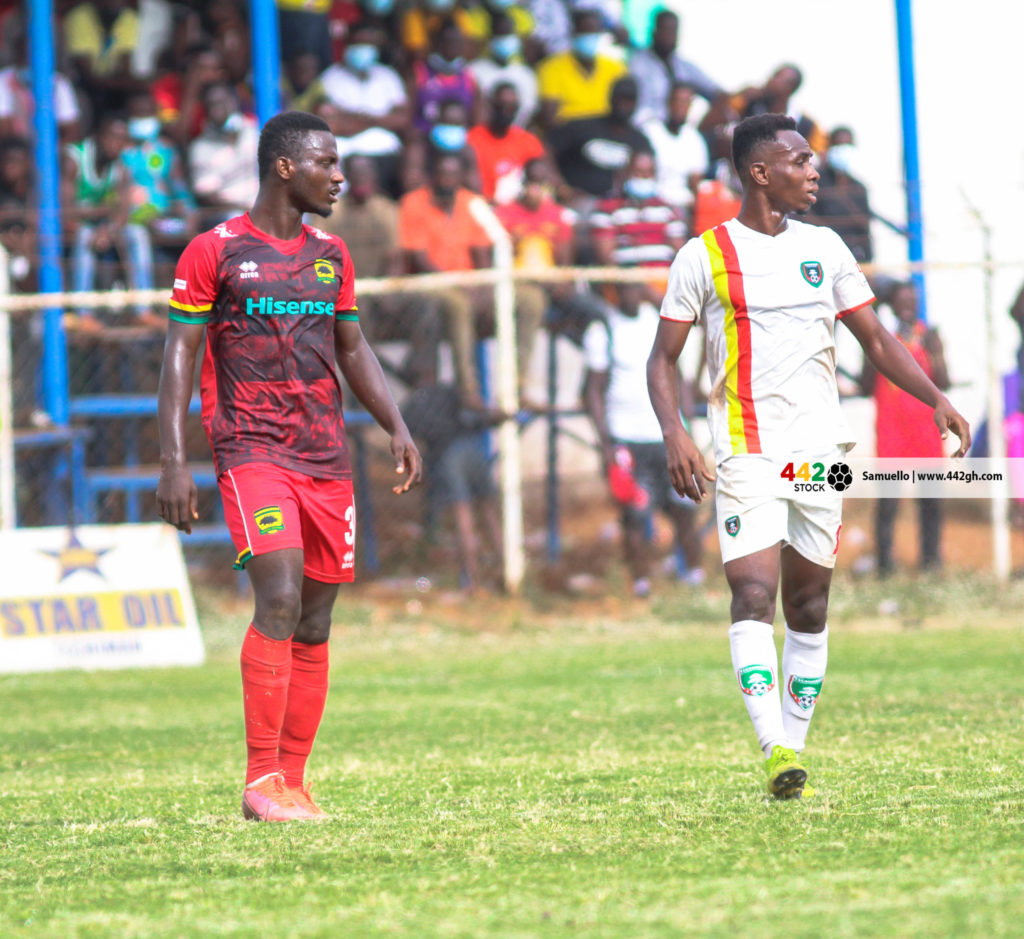 Ghana Premier League side Techiman Eleven Wonders have been banned from using the Ohene Ameyaw Park as their home grounds after failing to prevent fans from watching the game against Kotoko.

Several fans, who clearly were not observing the COVID-19 protocols were seen watching the match, despite the FA ordering games to be played behind versed doors.

The FA released the statement below over its decision to ban Eleven Wonders:

Following the Directive of the Ghana Football Association in consultation with the National COVID-19 Task Force that Ghana Premier League Matchday 18 matches to be played behind closed doors, the Association has taken notice of the various violations that took place at the Nana Ohene Ameyaw Park at Techiman during the Matchday 18 Ghana Premier League game by Techiman Eleven Wonders FC.

The GFA sadly notes that the home team violated the GFA Statutes by issuing ticketing to admit supporters in the match against Asante Kotoko SC when the Association did not print and didn't issue tickets for the match.

The GFA notes that for game that was billed by the GFA to admit only 30 club officials, Eleven Wonders FC deliberately admitted full capacity of supporters in violation of GFA Regulations and GFA Approved Matchday COVID-19 Protocols.

The Association feels very scandalized that a Premier League club such as Eleven Wonders FC deliberately put the game into disrepute and the entire fate of football at risk.

The Executive Committee of the Ghana Football Association (GFA) has taken the following immediate actions:

1. The GFA condemns, without any reservations, the violations of the GFA Statutes, Regulations and the GFA's Playing Football Behind Closed Doors Protocols – Lack of Social Distancing, Number of Spectators etc - that took place at Techiman.

2. That GFA Prosecutor is tasked to immediately charge Eleven Wonders FC, the home club for adjudication at the Disciplinary Committee concerning the various breaches.

3.  That until the case is fully determined, Eleven Wonders FC is banned from playing their home matches at the Nana Ohene Ameyaw Park, Techiman. The Competition Department will fix the venue for the upcoming matches of Techiman Eleven Wonders FC.

4. That all other clubs are to take note and comply strictly with the GFA COVID-19 Matchday Protocols.

The Association will continue its engagements with all relevant stakeholders for the safety of all.