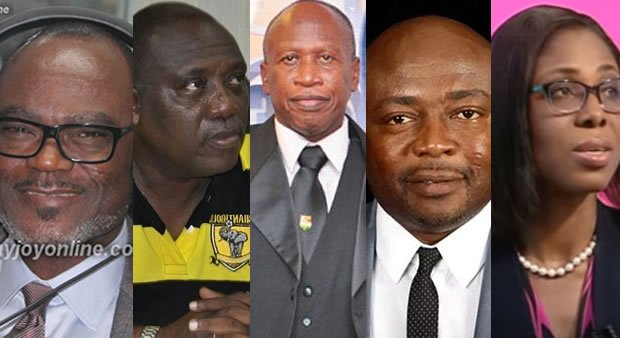 Techiman Eleven Wonders General Manager Takyi Arhin has launched his latest tirade at the five-member committee tasked to reform football in Ghana as 'fraudulent and bogus'.

The outspoken football administrator says the appointment of major critics of the Kwesi Nyantakyi led-administration are misplaced.

The appointments of former Ghana star Revered Osei Kofi, as well Dr Kofi Amoah, Eva Okyere and Abedi Pele to serve on the committee in particular have been met with harsh criticism.

The five-member committee has been tasked to draw a road map for Ghana football after an exposé by ace journalist Anas Aremeyaw Anas revealed massive corruption in the game.

But controversial football chief Takyi Arhin has taking members of the committee to the cleaners, claiming they are unfit for serve on the committee.

"Lets be truthful to ourselves and say that this committee is fraudulent and bogus," he told Asempa FM

"Take a look at Dr Kofi Amoah. He told us in 2004 that he did not know anything about football administration, and so what has changed.

"Eva Okyere was disaster while serving on the Disciplinary Committee of the FA for many years. She was an astute journalist but as an officer of the FA, she failed woefully.

"What does Rev. Osei Kofi knows about modern day football administration. He knows nothing , yet he has find himself there. It's putting square pegs in round holes.

"Abedu Pele was banned for engaging in match fixing. We are remember the 31-0 scoreline against Okwahu United."

"Perhaps apart from Kudjoe Fianoo and Dan Kwaku Yeboah, none of them deserve to be there.

"Like I said this committee is dead on arrival and they can'd do anything to change football.

"We welcome reforms but not with these committee."

Government has turned to a businessman Dr. Kofi Amoah to lead a five-member committee to oversee football administration in the country as it takes steps to dissolve the Ghana Football Association over a bribery scandal.