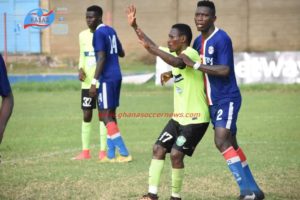 Head coach of Liberty Professional Reginald Asante says defender Michael Sefah is one of the best in Ghana and will be a jewel for the nation soon.

The tall-tough-tackling defender has wasted little time in settling after joining the ambitious Dansoman-based club this season.

Sefah featured for 90-minutes when the scientific soccer lads secured their 3rd victory in the Normalization Committee’s Special Competition, while playing at home against Dreams FC last Sunday.

Of the six games played so far, Liberty has won three, lost two and drawn one.

Sefah, who could not play in their game in Sogakpe against WAFA due to an injury, has been very influential in their five other games.

The team’s handlers say Michael Sefah has been very good for them, and has kept their backline firmly in check. 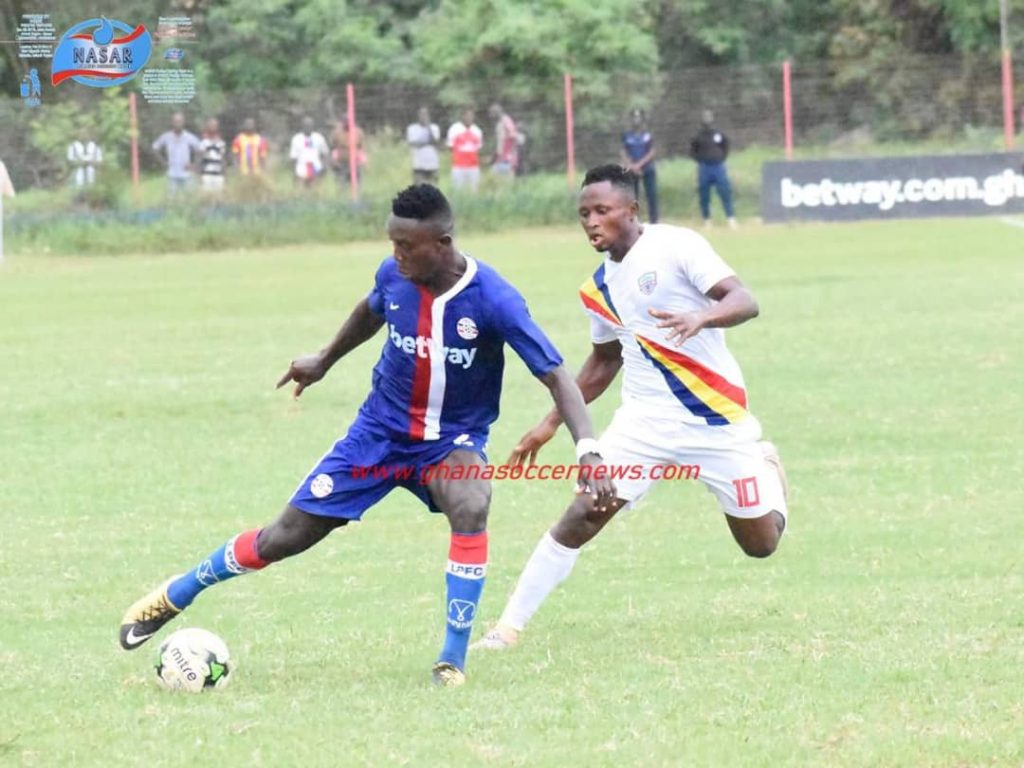 Some fans of the Dansoman-based club have noticed Sefah’s quality, and have started calling him ‘Van Dijk’, a Dutch professional footballer who plays as a centre back for English Premier League club Liverpool and captains the Netherlands national team.

Michael Sefah, who played three seasons in the Gabonese top flight before joining Liberty Professionals, says like any other young Ghanaian footballer, he looks forward to an opportunity to be called into any of the national teams to prove himself, and subsequently break into the Senior national team, the Black Stars.

Commenting on his role in the Liberty Professionals team so far, Michael Sefah said “Tactically and technically, I’m doing very well and progressing week in week out, and there is a cordial understanding between me and my mates, so it’s easy to perform well by the grace of God”.

Asked whether he believes Liberty Professional has the quality to secure a better place at the end of the NC Special Competition as well as what the future holds for him at the club, Sefah said “Yes, the club has what it take to achieve honours. I am working hard, and I hope by God’s grace, I will play in the highest level. The future looks bright” he noted. 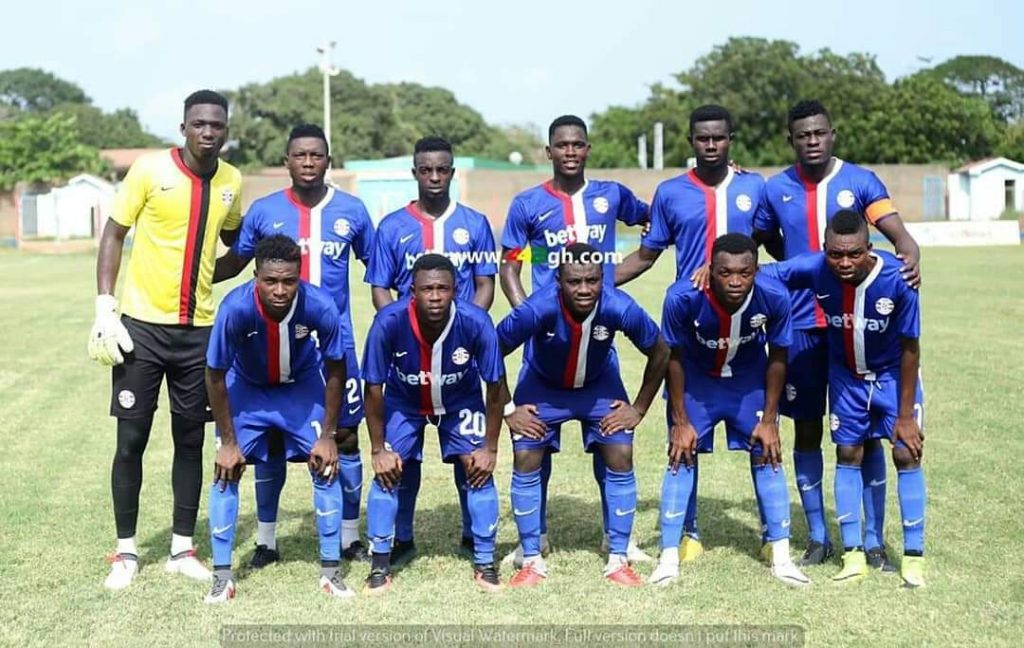 The Coach’s perspective of Michael Sefah

When reached for comments, the Coach of Liberty Professionals, Reginald Asante Boateng, popularly known as Reggie, described Michael Sefah as a solid player. 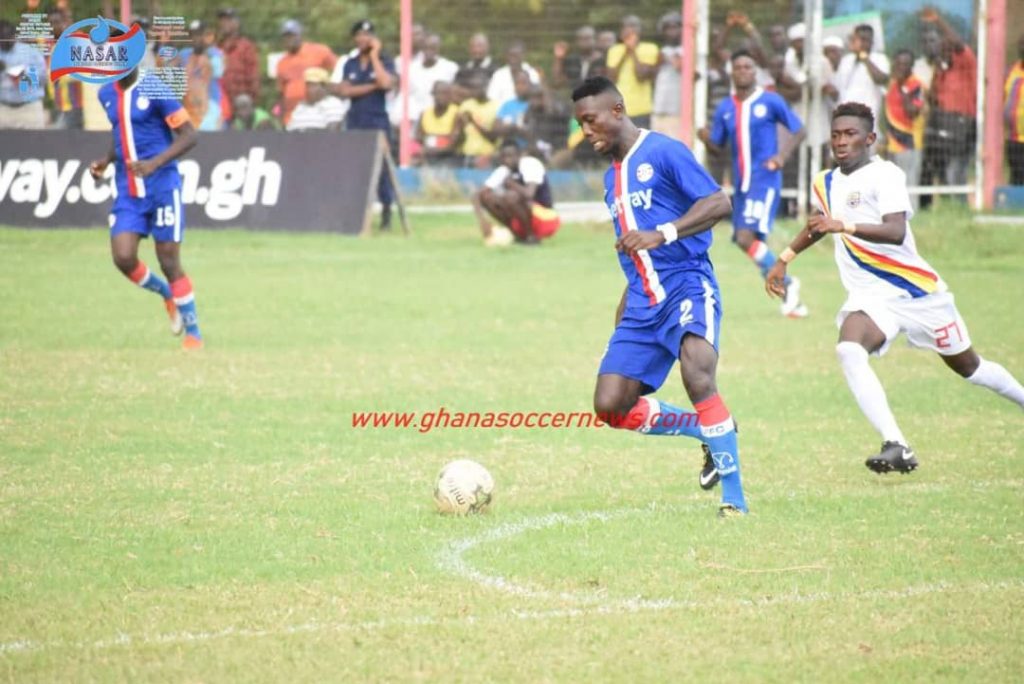 Sefah can play in a national team

Coach Reginald Asante Boateng also stated that Michael Sefah has the quality to play in any of the national teams.

Sefah says aside from Michael Essien, his elder brother, who once played for Tema Youth FC in Ghana’s Premier League, has also been a source of inspiration to him as well.

“My senior brother Gabriel also inspires me, I use to watch him those times he use to play for Tema Youth FC in the premier league. I started playing football at age six (6). I was playing for a non-governmental organization kind of academy known as Play Soccer, and that’s where I started learning how to break and pass the ball. I am very aggressive, I have a very good shot power, and I am a good passer of the ball.”

Born and bred in Ashaiman in the Greater Accra Region, Michael Sefah, with a good physique befitting his midfield and central defence roles, has had stints with a few teams before his move to AS Pelican in Gabon.

Sefah’s young career started off in 2005 at Hearts Babies, and then to Young Kotoko FC, before he moved to Blessing Academy, also in Ghana.

He then made a move to Stars Academy in South Africa, before returning to Ghana to play for Unity Stars in 2014.

His time in the Gabonese League started with Stade Migoveen, which he helped to qualify to the Gabonese premier league, between 2014 and 2015, and later moved to Gabon’s AS Pelican where he played till mid-2018.