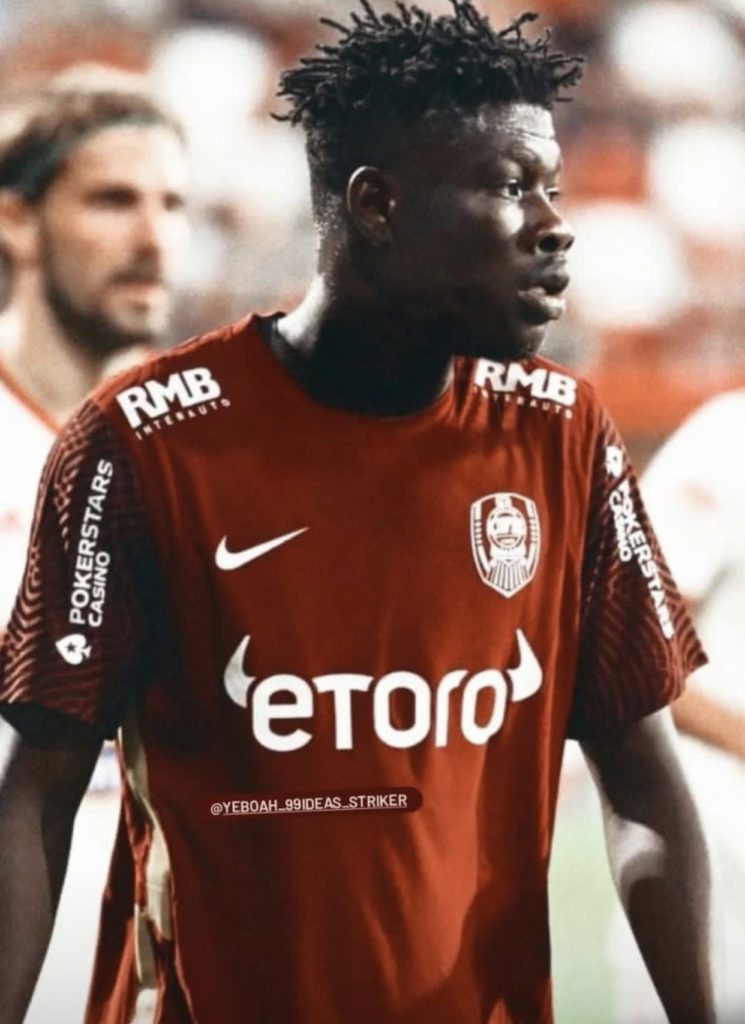 Teenage striker Emmanuel Yeboah played his first match in the 2022/23 UEFA Champions League on Wednesday, 13 July, for CFR Cluj but saw his side crush out in the qualifiers on home soil to Armenian side Pyunik.

The 18-year-old was introduced in extra-time of the hot contest at Stadionul Dr. Constantin Rădulescu where the winner was decided on penalties.

Yeboah replaced Brazilian Roger in the 96th minute, two minutes after Claudio Petrila had scored to put Cluj 2-1 up on the board.

This was after countryman Bismark Adjei-Boateng had scored the opener on six minutes and Zoran Gajić equalised in the 89th minute.

Cluj were just one minute away from celebrating when Zoran Gajić levelled for Pyunik to push the game to spot-kicks.

In the end Pyunik triumphed 4-3 on penalties to progress to the second qualifying round.