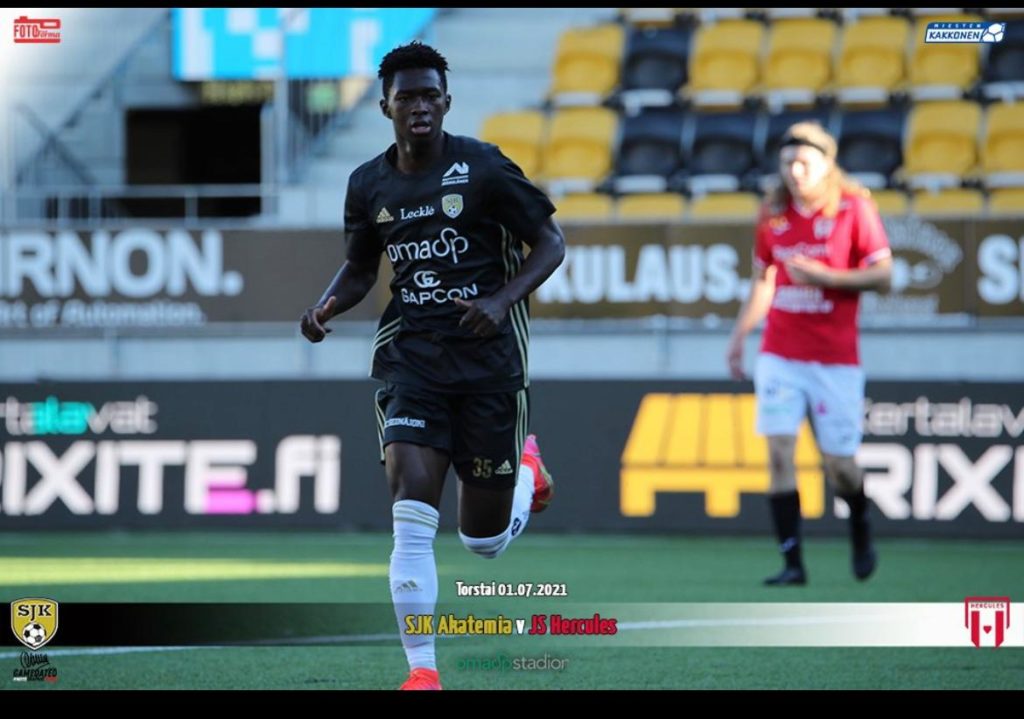 Striker Kingsley Asante Ofori returned to scoresheet for SJK Akatemia in their 2-0 win over Luistinseura in the Finnish third-tier on Sunday.

Ofori doubled lead for the visitors in the 33rd minute after Veeti Mustonen shot them into the lead nine minutes earlier.

The 19-year-had been promoted to the senior squad named SJK Seinajoki but had to deal with a slight injury which limited his game minutes.

Prior to that, Ofori was in scintillating form bagging 10 goals in 13 matches.

SJK continue their impressive form with 14 victories and two draws from 18 league matches.

They top Group C of the Finnish Kakkonen league with a 15 points cushion above second place JS Hercules.