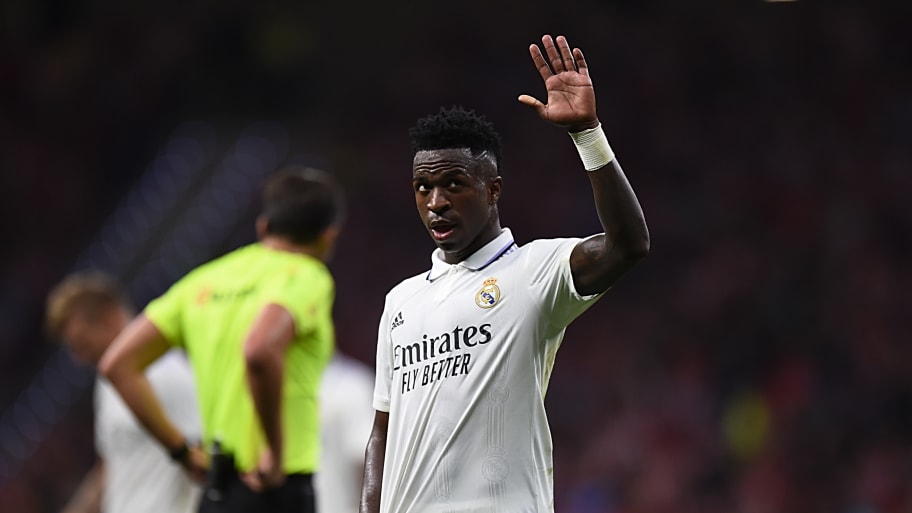 Television show El Chiringuito de Jugones has been accused of attempting to intimidate Real Madrid star Vinicius Junior into not posting an anti-racism video on his social media channels.

The Brazilian was at the centre of a racism storm during Real Madrid’s derby win over Atletico this week. Racist chants directed at him could clearly be heard during the match, and he was also called ‘monkey’ by fans outside the stadium as the teams arrived too.

Spanish Prime Minister Pedro Sanchez got involved, urging Atletico to immediately condemn the incidents, which they did.

“I am a follower of Atletico Madrid, so I was very sad when I saw what transpired," Sanchez said.
"I expect a strong message from the club against these types of behaviour.”

Meanwhile, Vinicius' Real Madrid and Brazil teammate Rodrygo also spoke out, saying he knows what he heard on the pitch.

Vinicius Jr has been in the spotlight this week with his goal celebration dances being criticised by some in the media.

Pedro Bravo, president of the Spanish Association of Football Agents, appeared as a guest on El Chiringuito de Jugones saying Vinicius Jr should stop ‘monkeying around,’ and added a distasteful xenophobia flavour too by saying he 'should go to Brazil to samba in the sambadrome’ if he wants to dance.

It has now been alleged by Spanish journalist Inaki Angulo, as reported by ESPN, that there were also messages and texts from the television show staff to Vinicius Jr’s social media team ahead of his planned anti-racism video. One of the messages, Angulo claims, told them ‘if you publish the video, we will destroy you.'

El Chiringuito later attempted to dismiss the mass condemnation directed at them saying: “The expression ‘playing monkey’ in Spain is making a fool of yourself. It’s not racist.”


This article was originally published on 90min as Television show accused of intimidating Vinicius Jr over anti-racism response.