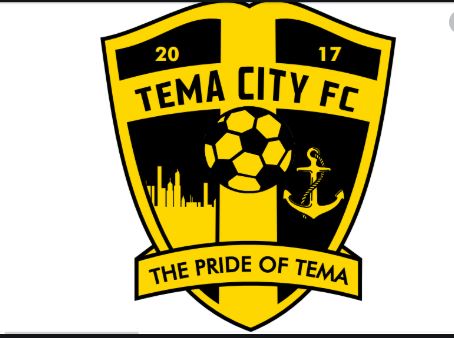 Tema City FC are by no means a nouveau riche arrivistes seeking to gatecrash onto the podium of recognition in the West African nation of Ghana.

Despite being on the Ghanaian scene for just three seasons it is nigh on impossible to mention names of most promising clubs without capturing Tema City among the most promising.

Previously a non league side based in the harbour city of Tema, the club's ownership was acquired by businessman and politician Hon. Eric Jerry Aidoo who is the Greater Accra Regional Youth Organiser of the Convention People's Party and parliamentary Aspirant of the industrial city Tema Central constituency

In 2019, Tema City's owner, Eric Jerry, spoke of his intention to rapidly push the club to the roadmap and capture attention on the African stage through a structured investment model which will introduce a novelty revenue stream unfamiliar to the Ghanaian environment which will robustly and aggressively alter the entire architectural plan of football administration in the country.

“We also want to get to the very top of football and be successful there, which is something you can only achieve with a club that plays in one of the top leagues. So first of all we have set a target for ourselves to reach the top-tier in a foreseeable period,” Jerry said in an interview.

The venue has produced some of Ghana's most talented players in recent years with Atletico de Madrid star Thomas Partey being among the biggest in recent exports. In bettering the standards set by their rivals in the harbour city the club's youth and scouting policy is enshrined in the core values of modern football technology with head coach Kwame Obeng paying strict attention to details and focused on preparing his squad to be ready for the enormous challenges ahead.

Defender Kelvin Boateng Yeboah and midfielder Benjamin Mireku along with Harrison Danso as well as Salim Baafada represent a key epitome of the new standard of talent regarded at the club.

For all their ambitious business plan, Tema City's policy is one of focusing on youth, nurturing young players by giving them valuable game time that might not be available elsewhere before selling them on for a profit when they hit their prime.

Their current squad has an average age of just 17 - an age range suitable for an ambitious club of their sort. In 2019 the club host the Palace Trophy at the Complex Sports Arena in Tema and emphatically dispatched Future Heroes to lift the ultimate in the grand finale of the tournament.

The taste for glory and silverware is already eating into the head of the entire fraternity and it seems the right impetus and euphoria needed around to serve as the fuel to propel the vehicle of the club's vision.

It’s difficult to disagree that Tema City’s managerial leadership and head coach Kwame Obeng are the right people. Obeng is an innovative tactician renowned as the brains behind the frenetic passing game that takes after Barcelona's iconic tiki taka game laced and lined by the legendary Johan Cruyff that is fast becoming the lust and desire of most emerging Ghanaian feeder clubs.

Since its formation in July 2017 the Temarians have embarked on a road to success and it won't take long before they make their entrance on the big stage in Ghana before pursuing their dreams abroad on the continent.