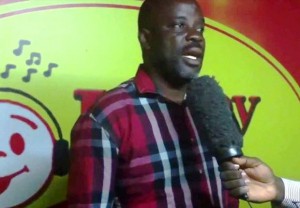 The two men are widely reported to be each other's throat following the decision of Tema Youth to challenge the promotion of Dreams FC at the Court of Arbitration for Sports (CAS).

Wilfred Osei, an Executive Committee member of the Ghana FA, has vowed to follow the case to its logical conclusion.

The move according to multiple media reports have tainted the relationship that exists between the two men.

But the Tema Youth President Wilfred Osei, nicknamed 'Palmer' has moved to dispel the growing notion.

“It is never right that I don’t greet him [Kurt Okraku]. I greet him. its just an impression created by people”, Mr. Osei Palmer told Accra based Happy FM.

”We are both football people. Everyone will tell you I am a sports person and so anytime you play with me, I will exhibit competitiveness on the field of play. but after the game we bury all the differences and move on.

“I did not understand certain things [in relation to Dreams FC’s promotion] and thats how come I decided to take a legal course. Let the law take its due course rather than personalize things."