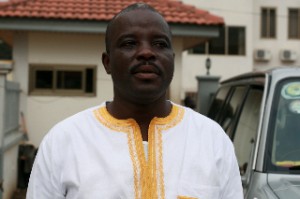 The club will open their return to the top-flight league with a tricky home duel against Kotoko on the artificial turf at Tema Sports Stadium on 9 October.

Both sides produced some thrilling encounters when Tema Youth played in the Premier League two seasons ago.

And Parma, who has been in charge and credited for their return to the elite division, expects a thrilling contest.

He told GHANAsoccernet.com: "It refreshing to be back in the fold and so more exciting to play our first game against one of the countryâ€™s finest clubs and we look forward to the challenge."

"We've witnessed some great games between the two sides in both competitive and non-competitive games in the past and I think our Premier League meeting will produce thrillâ€™.

"It's important we start off with a win so it will instill confidence in the players and so I'm very optimistic weâ€™ll do our best to win against them."