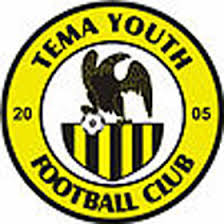 Tema Youth have reacted angrily to Accra Lions declaration of a qualification to the Ghana Premier League.

The former Premier League side insists their Zone three rivals are far from reaching the promised land.

The zone three has been thrown into chaos after Accra Lions declared qualification with a game to spare.

Tema Youth, who are chasing their return to the Ghanaian top-flight, are unhappy over claims of Lions securing the available slot to the elite division.

They have taken to Twitter to question Lions' insistence on a Premier League qualification.

'Who at all is deceiving these people? Are you champions of the same league we all played or do you know something we don't know? Well, let's time decide'. Youth replied to a tweet from Accra Lions.

The two teams are in a neck-and-neck race for a slot in the Premier League next season.

Lions recorded a 3-1 win at Danbort FC on Sunday to lay claim of qualifying to the top-flight.

It is the first time Accra Lions are earning a promotion to the top tier after an impressive campaign that saw them go neck-to-neck with Tema Youth in Zone III. 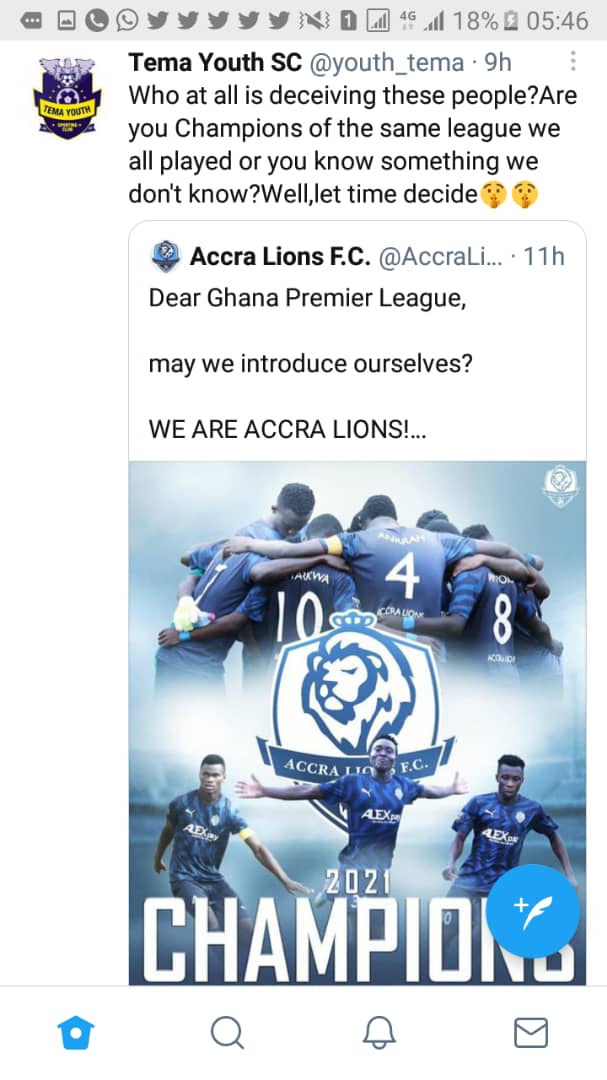