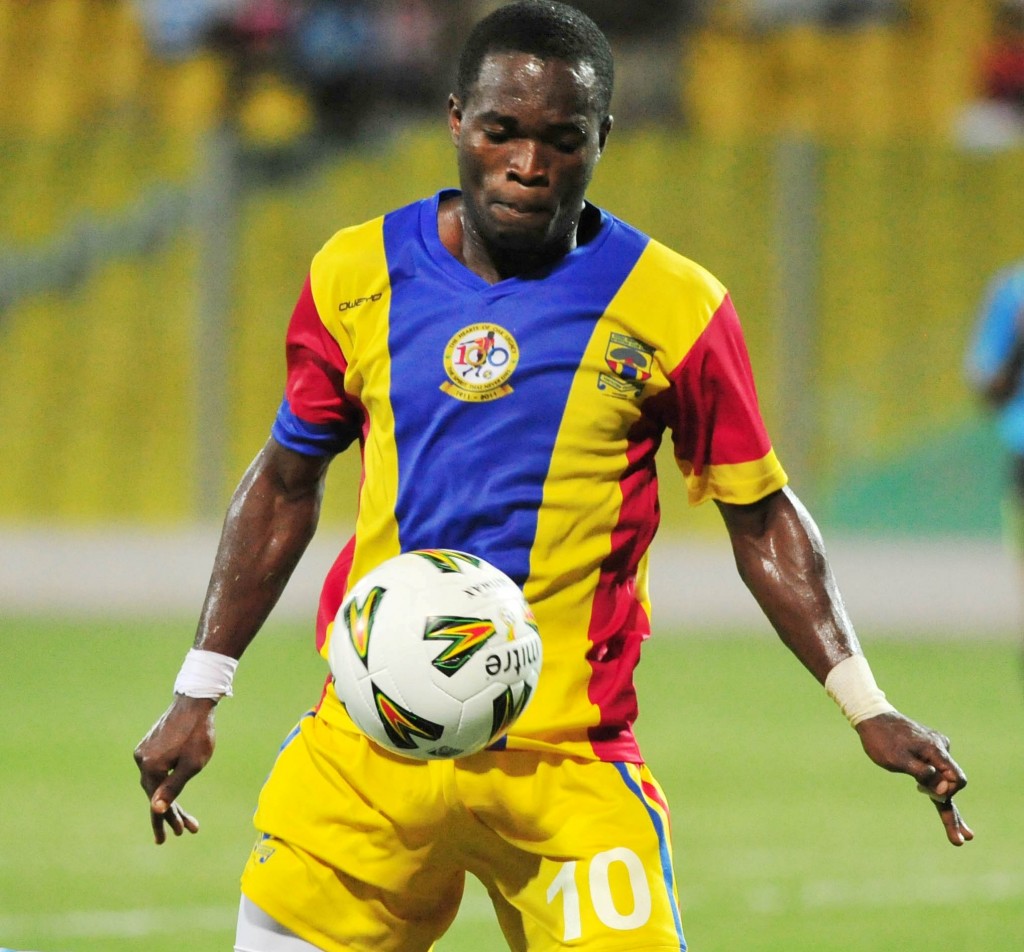 Hearts of Oak striker Mahatma Otoo has been heavily linked with Sunderland.

The club have strong links in the African market and have previously been linked with the likes of Zambian prospect Stoppila Sunzu as well as already possessing African stars such as Stephane Sessegnon and Kader Mangane in their squad.

But who on earth is Mahatma Otoo?

2. He started his career with Sporting Saint Mirren in Ghana; and despite some tentative friendly links that is where the connection with the Paisley side ends.

3. He soon found himself at one of the countryâ€™s biggest clubs when he joined Accra Hearts of Oak in 2009.

4. Fellow Ghanaianâ€™s to have played for Hearts of Oak include international legend Stephan Appiah.

5. In his first season with the club he was named the Ghanaian Premier League player of the season.

6. He spent part of 2010 on loan at African giants Esperance of Tunisia where he again showcased his goalscoring ability and finished runner-up in the African Champions League.

7. Otoo made his international debut for The Black Stars against Argentina in October 2009 but has not played for his country at senior level since. He was however was called up for the recent game against Sudan.

8. He has been a constant presence in the countries youth representative sides and was top goalscorer as Ghanaâ€™s under-23â€™s won the All-Africa games in Mozambique back in 2011.

9. He has been compared to Asamoah Gyan, himself a former Sunderland player, for his direct style and potent finishing.

10. Lyon are currently considered the favourites to snap up the 21-year-old sensation.

While Lyon may indeed be the favourites the words of Atoo himself would suggest he is more keen on a Premier League switch:

"I am delighted with my season so far. There is interest from other clubs. I have heard about Lyon through the papers. I have heard about Sunderland as well. I would love to play in England one day. My destiny will take me there and it is my dream to score at Old Trafford, the Emirates, Anfield and Wembley."