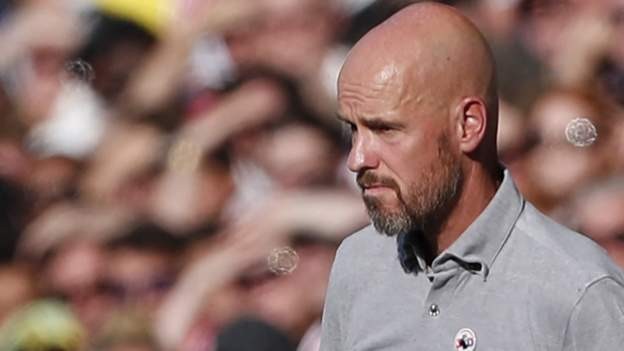 Manchester United boss Erik ten Hag cancelled a planned day off on Sunday after the 4-0 humiliation at Brentford.

With no game until the visit of Liverpool to Old Trafford on 22 August, Ten Hag had intended to let his squad have the rest of the weekend off.

However, the manner of Saturday's loss prompted him to revise his plans.

It is understood he was at Carrington early on Sunday to mull over the nature of a defeat that has drawn plenty of criticism from both fans and pundits.

The loss prompted a debate on Sky between Jamie Redknapp, who feels the players need to take more responsibility, and former United skipper Gary Neville, who called for the club's owners to offer a public explanation for what has gone wrong.

Fans group MUST (Manchester United Supporters Trust), which is negotiating a share scheme with the Glazer family, has called for "urgent and radical change".

But senior United figures, despite being aware of the scale of the anger, accept there is no quick fix to the present malaise.

They continue to try and bring in the new players that Ten Hag feels are essential to his rebuild and talks with France midfielder Adrien Rabiot are ongoing.

However, Ten Hag must bring about vast improvement in the players he has, with David de Gea's pass to Christian Eriksen for Brentford's second goal symptomatic of the problem.

Ten Hag wants his players to take responsibility and be brave in possession.

Having conceded an early opener because of De Gea's blunder, rather than try to control the game to ensure the damage did not get worse, United carried on with their strategy of playing risky passes, resulting in Eriksen being robbed of possession inside his own penalty area for the second.