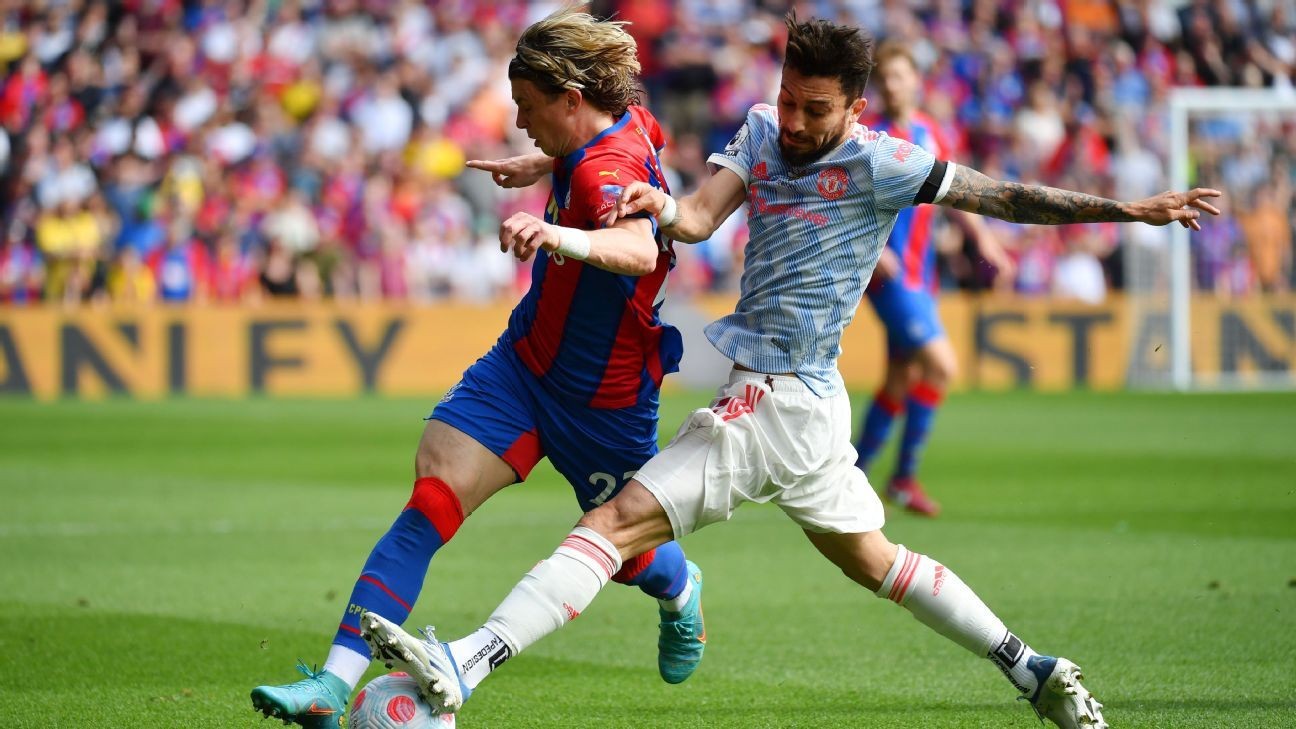 Manchester United lost to Crystal Palace on the final day of the Premier League. Photo by Tom Dulat/Getty Images

The result saw them secure a ticket to next season's Europa League after they ended their Premier League campaign in sixth place.

Forward Wilfried Zaha scored against his former team in the first half as Palace celebrated their first-ever Premier League victory over United at home.

United were nevertheless able to hold on to sixth place after West Ham United suffered a 3-1 defeat at Brighton & Hove Albion and had to settle for seventh.

Watched by new manager Erik ten Hag from the stands, United produced a lacklustre display and went behind in the 37th minute as Zaha finished smartly from the edge of the box after picking up a loose pass and cutting across the United defence.

The visitors tried to improve their game in the second half but they looked poor in attack and barely created chances as Patrick Vieira's Palace ended the season on a winning note and took the 12th spot.