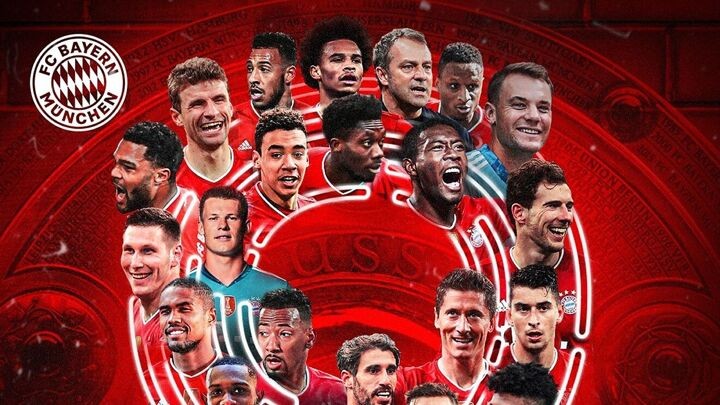 Bayern Munich are the champions of Germany for the ninth time in a row. Hansi Flick's side clinched the Bundesliga title when RB Leipzig lost to Borussia Dortmund on Saturday.

After winning a treble of trophies last season, including the Champions League, it's been a similarly successful campaign for the Bavarians this time out.

Here, we take a look at why Bayern are Bundesliga winners once more.

1. From start to finish

Bayern have led the Bundesliga table for almost every matchday of the season. They hit the summit after Matchday 6 and, apart from Matchdays 11 and 12, stayed there until their title was confirmed with two games left to play.

Bayern's summer transfer business raised a few eyebrows. Leroy Sane has been the only arrival to feature regularly in the team this season, with Bouna Sarr, Douglas Costa, Marc Roca, Alexander Nubel, Tanguy Nianzou and Eric Maxim Choupo-Moting all struggling to get regular game time.

Flick is known for playing a high line, with his defence and midfield pushing forward to reduce the space in which their opponents can play. These tactics haven't proved too successful defensively, with Bayern's 40 goals against not amongst the Bundesliga's strongest defences.

Jamal Musiala has been a real hit for Bayern this season. The 18-year-old attacking midfielder has made 24 appearances this campaign, scoring six goals. He's even broken the record for the youngest scorer in the history of the Champions League knockout stages.

It was never going to be easy to replace Franck Ribery and Arjen Robben, though Bayern have coped for a second season in a row. Serge Gnabry has scored nine goals in all competitions, while Sane and Kingsley Coman have also contributed. Costa, not so much.

Joshua Kimmich and Leon Goretzka have proved too strong for the rest of the Bundesliga to handle this season. Their partnership in midfield has formed the bedrock of Bayern's title bid and the core of Flick's physically powerful team.

After winning the treble last season, Bayern added three more trophies at the beginning of this campaign. They beat Sevilla in the UEFA Super Cup, Borussia Dortmund in the German Super Cup and Tigres in the Club World Cup final.

Bayern are set to lose more members of the team that has taken them to nine straight Bundesliga titles. David Alaba will leave when his contract expires in the summer, while Jerome Boateng and Javi Martinez are expected to go too. Flick has confirmed that he is stepping down, with Julian Nagelsmann set to take over.

Thomas Muller's transformation from a goalscorer to a pass master is pretty much complete. After making 21 assists last season, he is on 17 for the campaign this time around. Not to mention the 11 goals in the Bundesliga, too.

Robert Lewandowski has netted 45 goals in 39 matches in all competitions this season for Bayern. He's currently on 38 goals for the campaign in the Bundesliga, just two off Gerd Muller's record of 40 from the 1971/72 season.