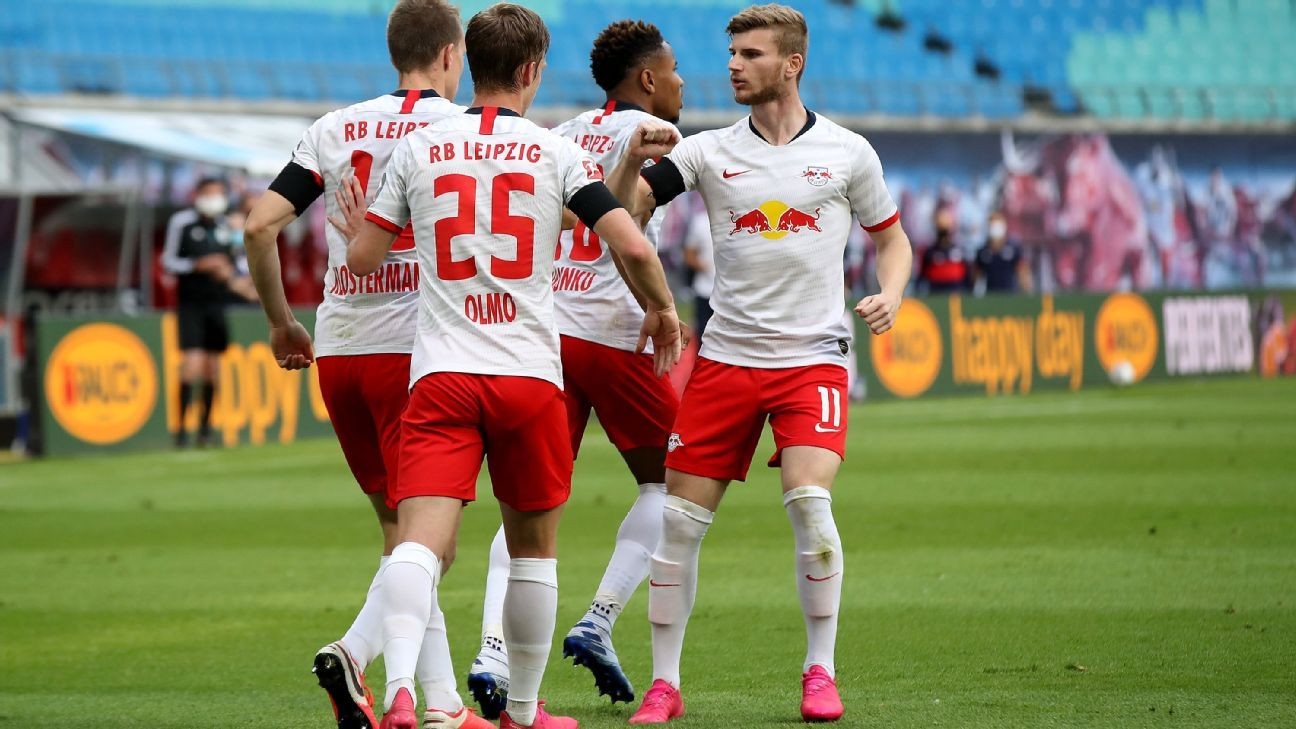 RB Leipzig conceded late in a 2-2 home draw with Hertha Berlin after they came from behind and then gave up a late penalty, having had left-back Marcel Halstenberg sent off in a see-saw Bundesliga encounter on Wednesday.

The result left Leipzig third on 55 points from 28 games, nine behind leaders Bayern Munich and two adrift of second-placed Borussia Dortmund, while Hertha moved up one place to 10th on 35 points.

The visitors took a 10th-minute lead through Serbian midfielder Marko Grujic before Lukas Klostermann levelled in the 24th and Halstenberg was dismissed in the 63rd for a second yellow card.

Patrik Schick netted a bizarre goal five minutes later, following a goalkeeper error, but Leipzig could not hold on as substitute Krzysztof Piatek earned a share of the spoils for the visitors with an 82nd-minute penalty.