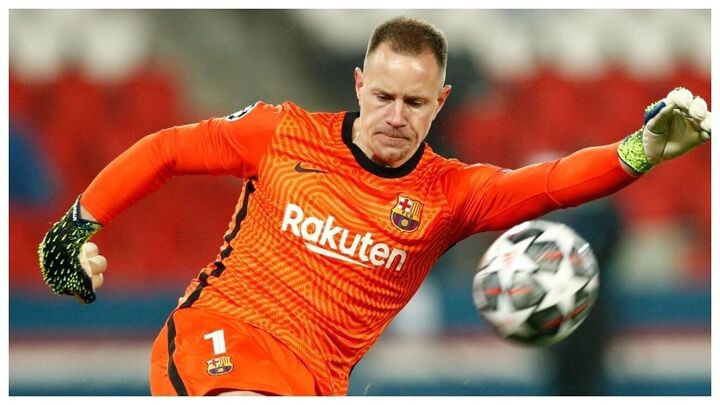 Barcelona will be playing for the LaLiga Santander title in the next four games. First up are Atletico Madrid, against whom they cannot afford the luxury of defeat. That would mean goodbye to the league title and the double. Then come the games against Levante, Celta Vigo and Eibar. Surely, all eyes will be on Lionel Messi or Antoine Griezmann as the main goalscorers and the players who have to cause the most danger, but there is another player who must also be decisive in these matches: Marc-Andre ter Stegen.

The German has to be the goalkeeper who has been Barcelona's saviour on other occasions. However, in the last few games he has not been. He didn't show up against Granada and made a serious mistake for Valencia's first goal. Barcelona need Ter Stegen to be at his best in this final stretch of the LaLiga Santander campaign. You have to listen to players like Gerard Pique when he says that "every time they come at us they score a goal". The statistics back up that feeling. In the last few games, the opponents have shot 14 times at Barcelona's goal and scored nine goals. That is almost unheard of.

Ter Stegen is a goalkeeper who has won over the Barcelona fans. Because of the way he is, the way he speaks and, above all, his saves. But he needs to improve his performance in big games. The Champions League is clear proof that in the big games he has not been at his best. Thibaut Courtois and Jan Oblak are saving their teams in key games, and now it is time for Ter Stegen to do the same.