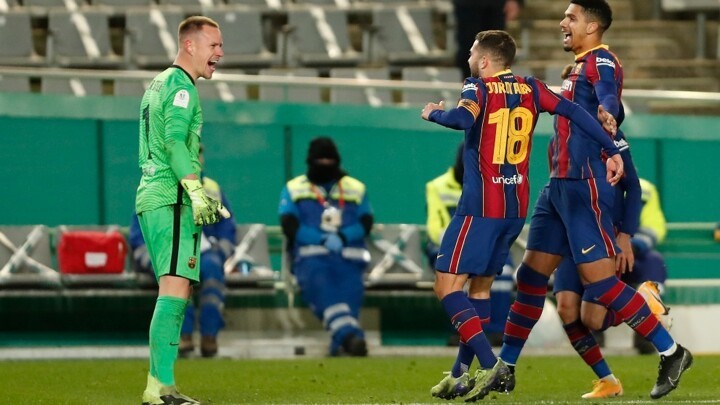 Barcelona will play in the Supercopa de Espana final in large part thanks to Marc-Andre ter Stegen's heroics in Wednesday night's penalty shootout against Real Sociedad.

The German goalkeeper saved La Real's first two penalties and saw the third hit the post, paving the road to the final for his team.

Ter Stegen also shone during the 120 minutes of play prior to the shootout, making important stops to deny Real Sociedad from emerging victorious.

In the 17th minute Ter Stegen used his body like a handball goalkeeper to keep out a shot from Alexander Isak, and in the 93rd he was at full stretch to prevent Joseba Zaldua scoring a screamer from outside the box.

The 28-year-old also denied Adnan Januzaj twice on his way to equalling his season high of six saves, while maintain his usual cool and cheerful character.

The German international was modest after the match but his teammates highlighted his importance.

"He's the best goalkeeper in the world. He helps me a lot," said Ronald Araujo of Ter Stegen.

Next up for Ter Stegen and Barcelona is the Supercopa final on Sunday against the winners of Athletic Club and Real Madrid, who face off in Malaga on Thursday night.