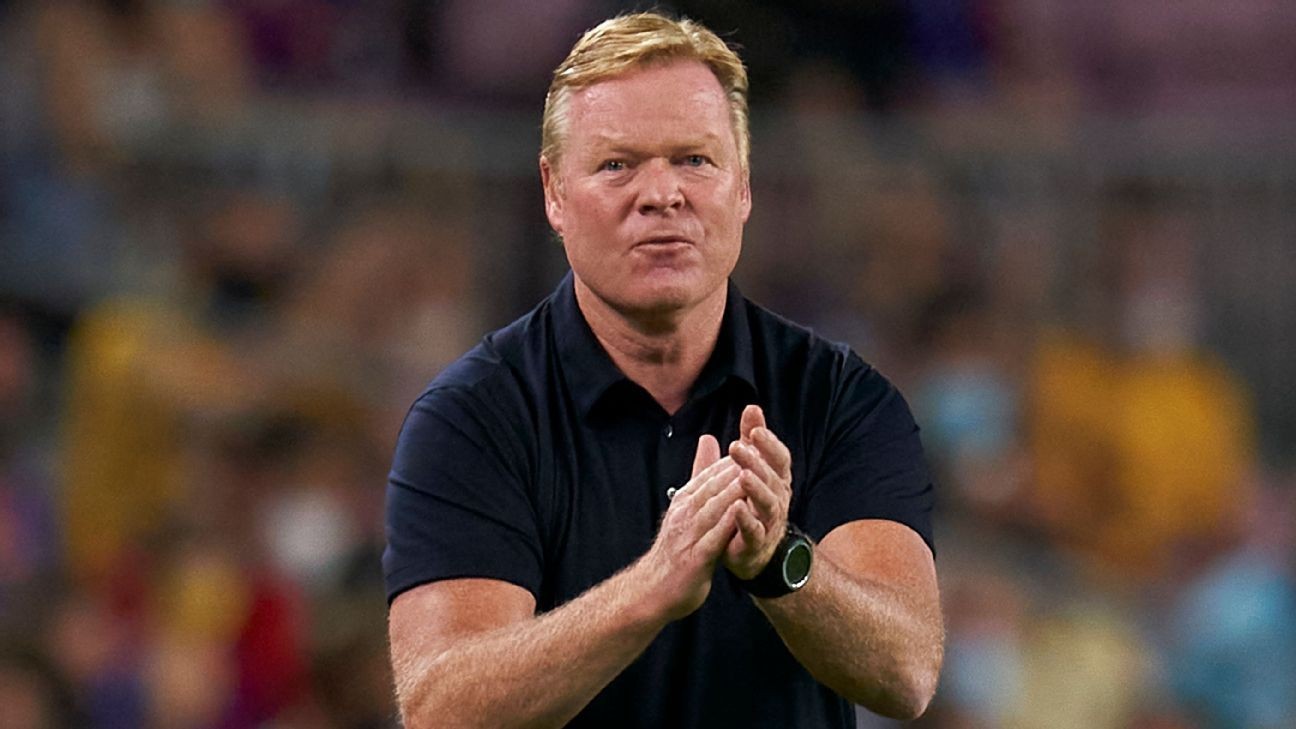 Barcelona coach Ronald Koeman refused to take questions from the media on Wednesday as the uncertainty surrounding his future at Camp Nou grows.

ESPN reported on Tuesday that Barca have already begun to sound out alternatives following Monday's 1-1 draw with Granada in LaLiga, which came after the 3-0 defeat to Bayern Munich in the Champions League last week.

- Don't have ESPN? Get instant access
- Hunter: Pick your crisis - Barca have many

Koeman, 58, was due to speak in a news conference on Wednesday ahead of Thursday's trip to Cadiz in the league. However, he read out a short statement before declaring that he would not respond to questions from the gathered media.

He asked for patience from the club's supporters and said it would be a successful season if Barca can finish high in LaLiga.

"The club and the manager are carrying out a reconstruction process," he said. "The financial position of the club is related to sporting matters and vice versa. That means we must rebuild the football team, without making big investments. That needs time.

"The young talent we have can be new world stars in a couple of years. The good thing about rebuilding the team is that the young players will have chances, like Xavi and [Andres] Iniesta did in their day. But we ask for patience.

"Finishing high in the league would be a success. European football is a good school for these young players, but we can't expect miracles in the Champions League. The defeat to Bayern Munich must be viewed from that perspective.

"The process we are in means the squad deserves unconditional backing. In words and in actions -- support the process we're carrying out. I know the press recognise this process.

"It's not the first time in the club's history that this happens. We count on your support in these difficult teams. As a squad, we are happy with the support from the fans that we had in the game at home against Granada."