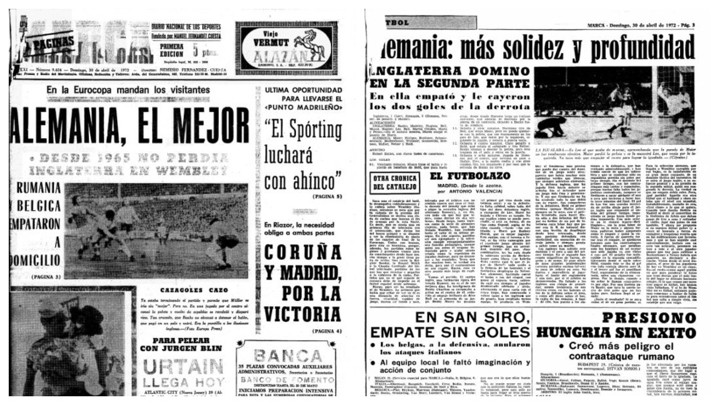 In June 1972 in Belgium, West Germany lifted the European Championship ahead of fellow finalists Belgium, the Soviet Union and Hungary.

They may have beaten the Soviet Union comfortably in the final, but Helmut Schon's side's triumph can be traced back to the qualifying play-off against England in April.

In the first leg of the play-off at Wembley, Germany asserted themselves on a pitch they'd lost the World Cup final on six years before.

The likes of Paul Breitner, Franz Beckenbauer, Gerd Muller and Gunter Nezter all put in brilliant displays and, although the result wasn't decided until late on, the Germans dominated proceedings.