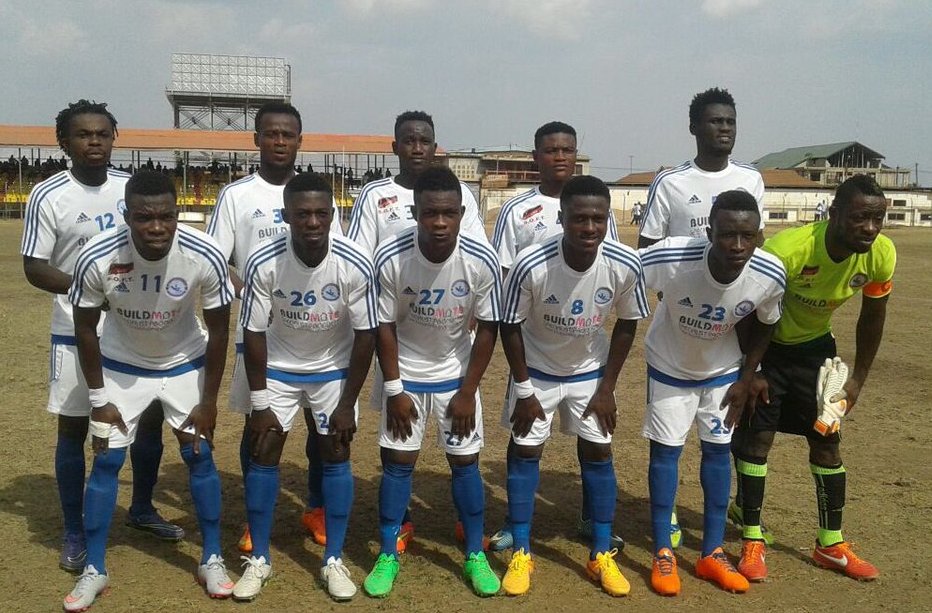 It was a tale of stalemates in the week 13 chronicle of the Ghana premier league. Only three home wins were recorded in midweek with all the other fixtures ending in pulsating draws.

Bolga All Stars hit back thrice to hold Hearts of Oak to a 3 all drawn game at the Tamale Utrecht park. Hearts took the lead twice but the unrelenting home side fought back and jumped into the lead before Hearts levelled again to end proceedings.

Berekum Chelsea won over champions All Stars through an Alfred Quaye goal at the Golden City park.

Bechem United and Ebusua Dwarfs played out a barren drawn game in what looked like a goal feast fixture at the Nana Gyeabour park in Bechem.

Asante Kotoko’s bid to end a 5 match winless streak took a nosedive as they were held by Dormaa based Aduana Stars at the Baba Yara. Aduana took the lead through Sam Adam but Kotoko levelled things up through an Abass Mohammed free kick.

Prince Owusu scored to restore parity after Bernard Ofori had given Medeama SC the lead to hand C.K Akunnor his first point as coach of Ashanti Gold football club.

Elmina Sharks failed to record a win in consecutive games at home as they were held by Inter Allies in a goalless drawn game at the Nduom stadium.

Tema Youth built on their impressive home form beating Great Olympics by 2 goals to 1 at the Tema park. Malik Antri and James Akaminko scored for Tema Youth whilst Abel Manomey got one back for Olympics.

West Africa Football Academy extended their lead at the top to 3 courtesy a Komla Agbeniadan brace. Samuel Sarfo’s late goal was only a consolation as Liberty Professionals succumbed at the Red Bull Arena.

WHAT THE NUMBERS MEANT IN WEEK 13

In a game of week of many stalemates there were still a lot of standout talking points. The blind pass puts in perspective some of these in numerical connotations;

1- Only point earned by C.K Akunnor since he was handed the mantle to rescue Ashanti Gold FC from their doldrum.

2- The number of games which failed to produce a goal in week 13. Elmina and Bechem were the venues of attraction.

– Highest tally of goals scored by a player(s) in week 13. Komla Agbeniadan and Ibrahim Giyasu of WAFA and Bolga All Stars respectively with the brace

– Tally of games to have recorded victories in week 13.

6- The number of football matches Asante Kotoko SC have gone without a single victory in this seasons Ghana premier league.

– Highest tally of goals recorded in a single match in week 13 and joint highest thus far in the Ghana premier league.

7- The longest winning streak in the ongoing Ghana premier league and the number of matches West Africa Football Academy have gone without dropping a single point.

It gets interesting as the halfway point draws nigh.