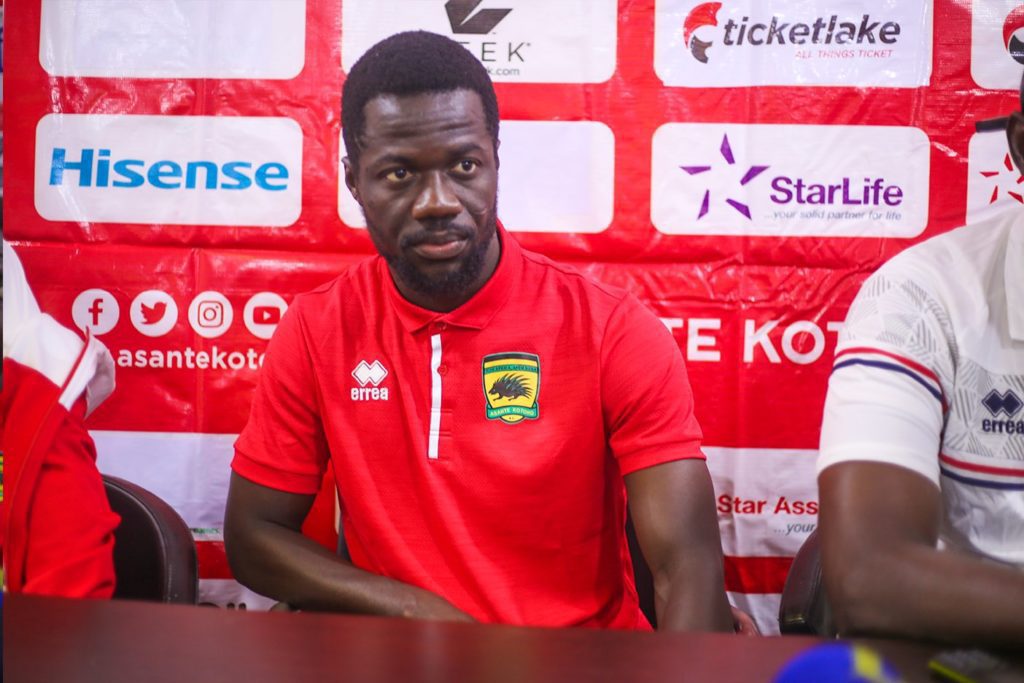 Asante Kotoko new captain Richard Boadu says he is elated to have been appointed to lead the club this season.

The former Medeama midfielder picks up the armband just after spending one season with the club.

Boadu was appointed captain to replace Ishmael Ganiyu who left the club this season.

“The captaincy means a lot to me but it comes with a lot of responsibilities” Richard Boadu said during Friday’s press conference at the Babayara stadium.

“Because being a player for Kotoko isn’t an easy task so to say, so I will just have to adjust to the role of a captain and what it demands.”

He added: “We all read about the history , however, this is our time to also make history and for us as players, our immediate target is to reach the group stage”.

The Porcupine Warriors host RC Kadiogo in the second leg of the CAF Champions League at the Baba Yara Sports Stadium on Sunday.

They go into the game with a 1-0 lead from the first leg.