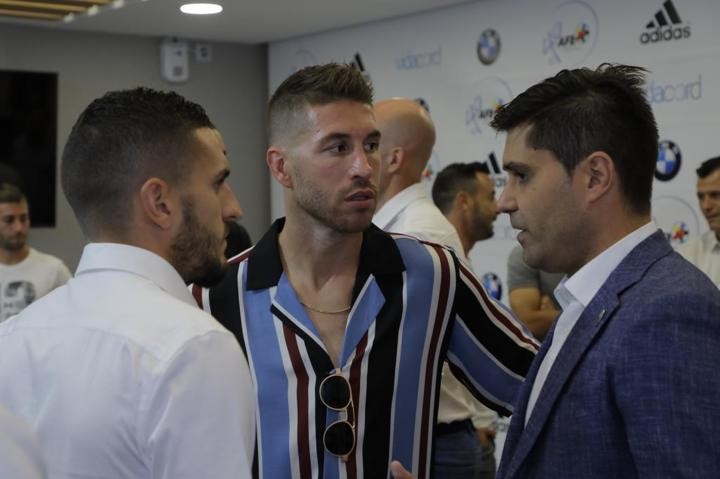 In response to the meeting held between LaLiga and the players' union (AFE) on Thursday, the union bosses have spoken with the captains of the 20 LaLiga Santander clubs about the possibility of a pay cut during the coronavirus crisis.

The players know that there is social pressure to act and willing to accept pay cuts, but they're not in full agreement with the figures proposed by LaLiga.

David Aganzo, the president of AFE, oversaw a relaxed meeting with the captains of the top flight, who are willing to negotiate and come up with an agreement that suits all.

They also discussed the health concerns of the players and the issue of the schedule, although there was an acceptance that there is no new information at this time over when football can return.

AFE will also meet with the captains of the second division and lower league teams in due course and then there will be an even clearer position for the union to take.

Sources have told MARCA that the union were contemplating a pay cut of between eight to 10 percent if football cannot be played and of even if it does return, whether with or without fans, but this was considered unacceptable by LaLiga.

They want the players to contribute more, but negotiations will have to continue on another day.