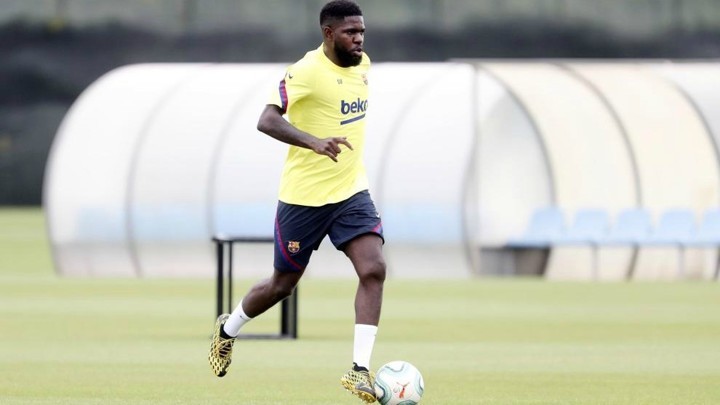 Samuel Umtiti won't be leaving Barcelona in the next transfer window, reports Marca.

There have been plenty of rumours in recent days that he would be a makeweight in any deals to sign Lautaro Martinez from Inter or Miralem Pjanic from Juventus.

However, the chances of the Frenchman leaving the Camp Nou this year are practically zero.

One of the main reasons for this has been the change of coach in January.

Umtiti had lost his place in the team to Clement Lenglet under Ernesto Valverde but has since regained it under Quique Setien.

During Valverde's time in charge, Umtiti was linked with moves away from Barcelona on several occasions, but he always insisted that he didn't want to leave.

The Barcelona board viewed a possible departure for the centre-back in a positive light because of the money he would attract and the knee problems he has suffered in recent seasons.

Despite the club's need for revenue, Setien's trust in the player and Umtiti's willingness to stay mean that it will be practically impossible to sell him this summer.

Barcelona are still looking to sign a centre-back to strengthen their squad, but it's not a priority at the moment.

They are instead pursuing a forward (Lautaro), a midfielder (Pjanic) and a right-back to replace Nelson Semedo if he leaves.

Recent rumours have linked Umtiti with a move to Inter as part of the deal to sign Lautaro, or a transfer to either Juventus, Paris Saint-Germain or Arsenal, but the reality is that he will almost certainly be a Barcelona player next season.