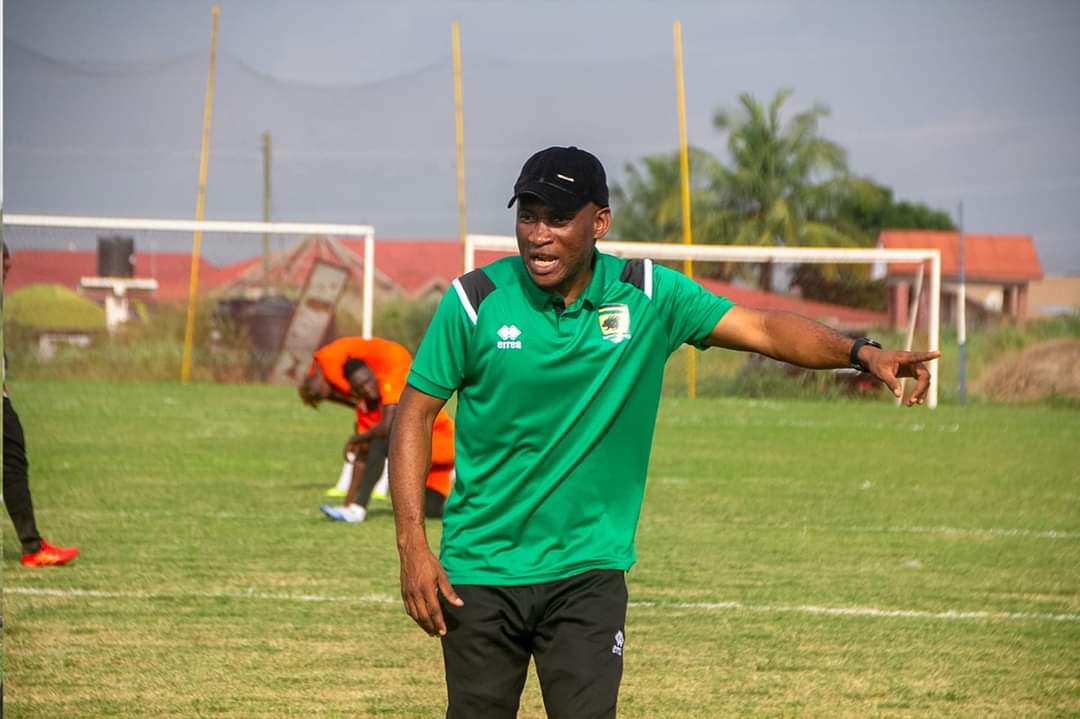 Asante Kotoko board member Kofi Amoa-Abban has slammed Prosper Narteh Ogum, insisting that the coach be allowed to leave if he so desires.

Ogum is said to have verbally informed the club that he wishes to resign. The former WAFA manager wants out due to the club's lack of transfer activity.

Ghanasoccernet sources have revealed that the club have not accepted Ogum's decision and are still in talks with him in the hope of convincing him to stay and lead them next season.

However, Amoa-Abban disagrees with the club's current stance as he wants Ogum fired.

"Asante Kotoko is under the stewardship of a great management team led by Nana Yaw Amponsah. The success on and off the pitch last season is a testament to this fact."

"The coach [Prosper Narteh Ogum] should be fired," he posted on Twitter.

"No one is bigger than the club. Asante Kotoko remains supreme," he added.

Asante Kotoko is under the Stewardship of a great Management Team led by Nana Yaw Amponsah. The success on and off the pitch last season is testament to this fact.THE COACH SHOULD BE FIRED. No one is bigger than the Club. Asante Kotoko remains Supreme….

“The fans of Asante Kotoko should understand that the management led by Nana Yaw Amponsah is focused on moving forward. This is not a big issue, we can announce a new coach anytime because we have seen better coaches at the club,” he said on Adom TV.

“C.K Akonnor [Former Ghana coach] was even fired. Who is Prosper Narteh Ogum, a coach who has handled clubs like Ebusua Dwarfs and WAFA?” he quizzed.

“Nobody will entertain someone who is arrogant and disrespectful at Asante Kotoko. He [Prosper Narteh Ogum] exhibited his arrogance during Wednesday's meeting with the board. Who is he?, A coach who wanted to sign aged Joseph Tetteh Zutah who is struggling for playing time at Medeama.” he slammed.