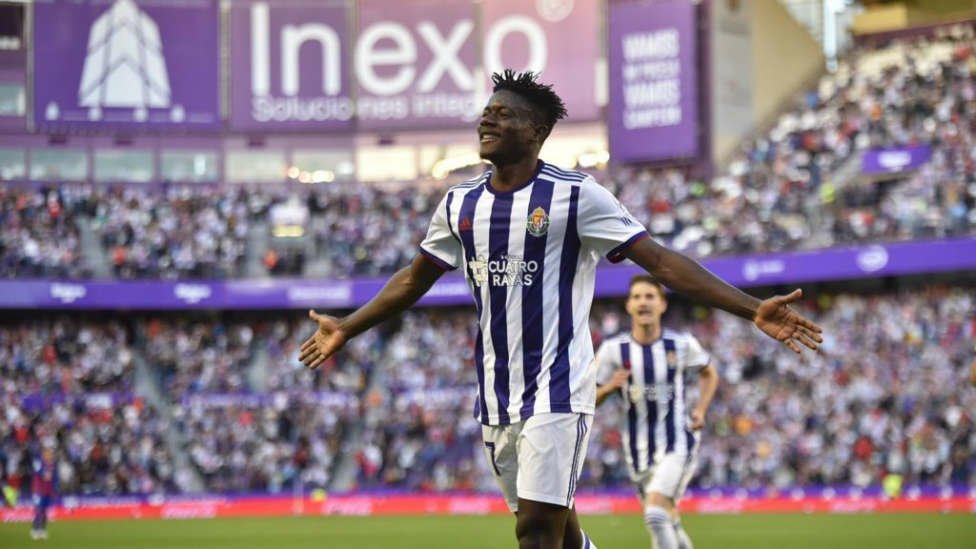 Spanish side Valencia are combing international central market looking for players to strengthen their defence for next season 2020/21. One of the proper names that is on César Sánchez's agenda is Mohamed Salisu.

The Real Valladolid center-back, who ends his contract on June 30, 2022, is on the list of the sports director for this summer, as reported by Superdeporte on Sunday.

The problem is that his signing is not easy. The competition is fierce and the footballer has a wide range of 'girlfriends' in European football to choose from. Valencia will need money and 'gallons' to convince him.

Many are the greats of European football who have knocked on the door of the African interested in their recruitment.

This has been publicly recognized by Valladolid and the player's own agent. The two sides assume that Salisu will be traded this summer.

The main problem for Valencia so that interest goes forward is the economic potential of the rest of the interested teams.

There are giants of European football willing to pay their 12 million euros of termination clause and bid for the African offering succulent economic contracts that Valencia will be difficult to reach.

The great asset of Valencia to seduce Salisu has to be to convince him from a sporting perspective. In other words, a strong commitment to the Ghanaian in the short-medium term, granting him an important role within the team.

A status that other greats in Europe right now cannot assure him because they have indisputable players at the centre of the defence.

Atlético de Madrid, without going any further, one of the options that it has proposed to the footballer is the possibility of buying it in property this summer and leaving it on loan for one more season at Valladolid.

If Valencia decides to truly enter the fight for Salisu it will be essential that they know how to play their cards in sports. It is the key for Valencia.

César Sánchez was already interested in the player during the past month of February as a result of Ezequiel Garay's injury.

On that occasion the club asked for the transfer of the African, taking over only the player's file. Real Valladolid logically refused completely.

In those conversations, Valencia already knew first hand that the footballer would have important clubs behind in the summer. They were not mistaken. Valencia works in parallel in other directions such as Diogo Leite and the Argentines Lucas Martínez Quarta and Mateo Musacchio.

Valladolid, meanwhile, is preparing to make cash as stated by Valladolid's sports director, Miguel Ángel Gómez: " There are interested clubs that have already lost interest and we are talking about concrete things. There are offers on the table. We want the player to continue here, but if he decides that there is another beautiful project, in Spain or abroad, the club will refer to the clause. There are teams that are willing to pay it. There are teams from Spain and also from abroad. Premier League, two in France, three in Italy ... and one really in Spain. When I really say it is that a club has come and has said that it wants to undertake the operation and speaks of a quantity, "he explained.

The agent himself confessed that he believes that this will be Salisu's window. Time and offers are waiting for him. giving the reason.