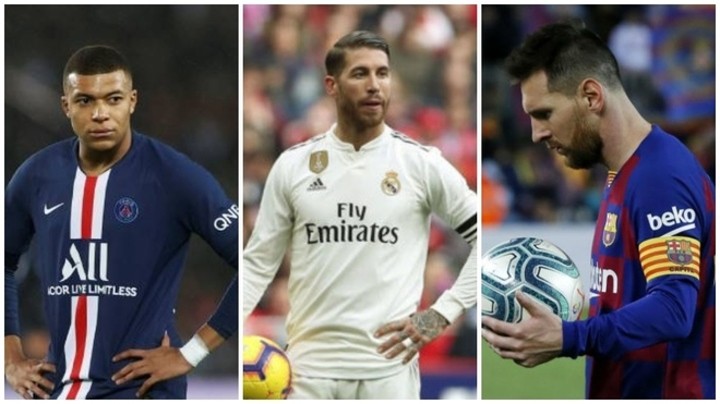 At this time of Coronavirus uncertainty, one thing that is for sure is that it will shift the economic picture in football.

Various clubs have already agreed for their players to take pay cuts, while new signings will also be affected.

"It's something you can't predict, but I can't imagine there being signings for 100 million euros in the next few years," Uli Hoeness has said.

Contract renewals will also be affected, with clubs trying to weigh up the economic losses they will make as a result of the Coronavirus pandemic.

Players signing new deals could be asked to reduce their wages, or clubs may choose to wait right until the end of players' current contracts before making a decision.

Obviously, that means players would then be free to talk to other clubs in the meantime.

This will have an impact on players across the globe, but one contract renewal on the table is that of Lionel Messi at Barcelona.

His current deal at the Camp Nou expires in 2021 and, being the highest-paid player at the club and the world, there are question marks over whether he can keep earning what he is currently being paid.

There are also other potential extensions that need to be solved at Barcelona like those of Ivan Rakitic, Arturo Vidal, Luis Suarez and Riqui Puig as all their deals are due to run out in 2021 as well.

Sergio Ramos' current deal takes him to the end of next season and no agreement on an extension has been reached yet.

Luka Modric and Lucas Vazquez are two other players whose contracts at the Estadio Santiago Bernabeu are up next summer.

There are also players like Paul Pogba, Thiago, Ferran Torres and Diego Costa whose deals are up in 2021.

Players who were due a pay rise in the near future might have to give that up.

One of those players is Kylian Mbappe, who earns less than half of what Neymar, Cristiano Ronaldo or Messi are paid.

The Frenchman is already unsettled at Paris Saint-Germain and a small salary offer from them might tip him over the edge, forcing him to explore other options.