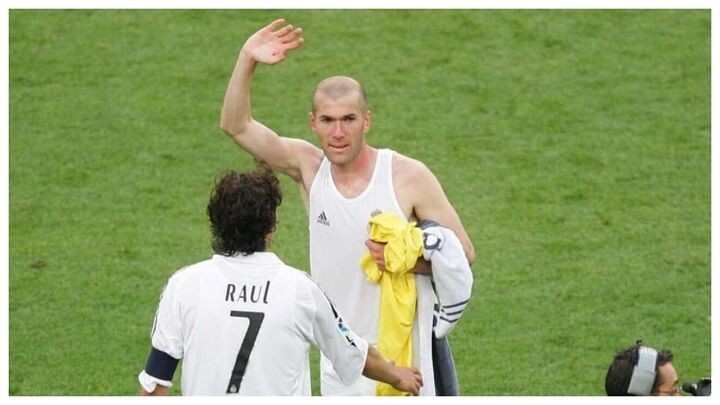 As many as 15 years have passed since Zinedine Zidane featured in his last game as a Real Madrid player at the Estadio Santiago Bernabeu.

The Frenchman netted his team's second goal in a 3-3 draw with Villarreal before being replaced to receive a standing ovation from the fans at the ground on May 7, 2006.

His last match in white was Real Madrid's duel with Sevilla the following week, but against Villarreal he bid farewell to the team's supporters.

His teammates wore a commemorative shirt that read "Zidane 2001-2006", while many fans unfolded banners to express their gratitude from the stands.

In his five seasons at Los Blancos, Zidane won six titles in total, including one Champions League trophy, played 227 games and scored 49 goals.

He arrived in 2001 as the second 'galactico' signing after Luis Figo in Florentino Perez's first spell as president of the club.

Zidane returned to Real Madrid in 2009 to become Perez's advisor and work alongside Jose Mourinho as the club's liaison with the squad.

Then, he served as Carlo Ancelotti's assistant in 2013/14, when Real Madrid won their tenth Champions League trophy, before taking charge of the team in 2015/16.